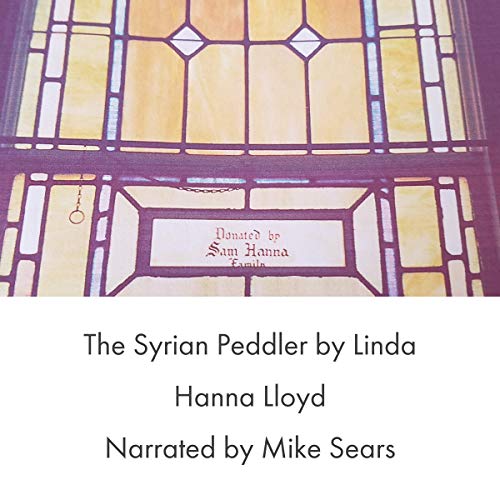 By: Linda Hanna Lloyd
Narrated by: Mike Sears
Try for $0.00

As a reader, I love historical fiction. Among my favorites is The Shoemaker’s Wife by Adriana Trigiani. Although captivated by Trigiani’s characters, Enza and Ciro, my thoughts never veered far from my grandfather’s story as I read and reread the book. My Gidu had a similar story to tell and I only heard bits and pieces of what I believe was a fascinating life.

My father’s father, Sam, arrived in the New York harbor and Ellis Island about the year 1905 from Damascus, Syria. This marked the beginning of the remarkable success of a young man who was 17 at the time. Sam began work as a peddler in the coal mining settlements during the era when men became millionaires from investments in coal, coke, and steel. He eventually becomes the proprietor of Hanna’s Department Store where he embodied the Syrian values of hard work, honesty, and trust.

The central setting for The Syrian Peddler is in southwestern Pennsylvania including Pittsburgh, Uniontown, New Salem, and Masontown, spanning the years between 1905 and 1958. The story is historical fiction as not all facts were available. As much as possible, the writing is factual. My research included visits to Ellis Island, The Hotel Wolcott, New York City; The Family History Museum, Salt Lake City, Utah. I went back to places in Pennsylvania that were familiar to me: Masontown, where I went to kindergarten and St. Ellien of Homs, Syrian Orthodox Church in Brownsville.

I have met several people who have emigrated from Syria. One young man came six years ago and settled in Austin, Texas, where I now live. He is saddened by the destruction of majestic buildings and the war itself. So many lives lost. I cannot begin to imagine what Sam would think today.

What listeners say about The Syrian Peddler

I really like the way this recording is done. It enhances the book a lot. (I have previously reviewed this wonderful book.)