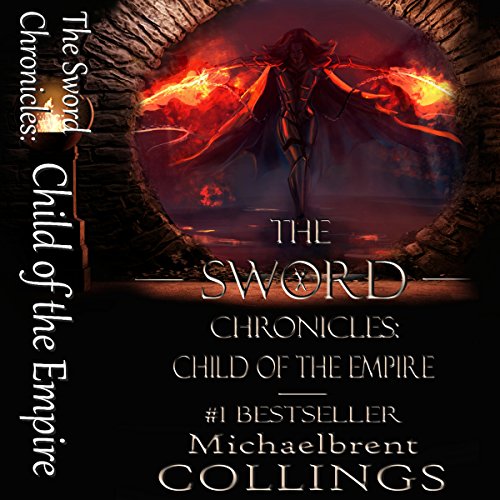 The Sword Chronicles: Child of the Empire

By: Michaelbrent Collings
Narrated by: Danielle Cohen
Try for $0.00

She is a Dog - one of the many children and teens across the empire of Ansborn who have been sentenced to fight in the arenas. There they fight in battle after battle until they die for the sport of the people of Ansborn - an empire built atop the peaks of five mountains. But one day she picks up a knife, and everything changes. She discovers she is a Greater Gift - one of a handful of magic users with powers so great they have only two choices: to join the Empire as one of its premier assassins, or die as a threat to the Empire itself. She is no longer a Dog. Now, she is Sword. And she will soon realize that in this Empire, not all is what it seems. Good and evil collide, and she can never be sure whom to trust - not even herself. She holds life in her hands for some. Brings death by her blade to others. She is a killer. She is a savior. She is Sword.

What listeners say about The Sword Chronicles: Child of the Empire

Fantastic in every sense of the word

Independent Collings has a wonderful way of delivering a story repleat with details, characters AND full of action. Partnered with Danielle Cohen's amazing skill in reading this book is a rare find.

In a society where those children who are not wanted are sold to the kennels where they must fight to live, a girl who has extraordinary abilities is rescued to become one of the empire's elite only to find that she is just a pawn in a bigger game.

Join the gifted one, Sword, as she fights to find the truth of who she really is.

I enjoyed this book so much I will listen to it again and again.

The story of Sword is really compelling

Child of the Empire is the first novel in the series called the Sword Chronicles by Michaelbrent Collings. She is a Dog, a girl fighting for her life for the entertainment of people more fortunate that her. Fighting in the dog arenas is all that she remembers. One day she picks up a knife for the first time in her life, and without any training, she utilizes it with expert precision. Suddenly, she is pulled out of the arenas to serve the empire and emperor as an assassin or die. Her greater gift of magic that allows her to use weapons with expert skill gives her the new name, Sword, and a brand new family of greater gifts. As she trains and carries out her job as an assassin, she is soon confronted with the facts that begin to make her believe that she might have been fighting on the wrong side all along. Now, she must try to figure out what is true for herself.

The story of Sword is really compelling. The first half of the story is focused on the becoming of Sword and her growing relationships with the other greater gifts of the empire. It’s a coming of age story as she leaves behind her traumatic childhood and becomes accustomed to her new life. As the story progresses, her worldview is challenged and she has to figure out how she really fits into the world. While this struggle is not unique, it is still a good story. In addition to this struggle, there is a lot of action as the greater gifts are busy with their role as assassins. There is also an element of how to make decisions when the orders coming from the top are in conflict with what you think is right, which is a good element to the story. There are a lot of additional characters that serve as friends and mentors to Sword and these relationships changes as the story, and Sword, develops.

The narration by Danielle Cohen was okay, but it felt a little forced, as if there was an attempt to make every sentence sound really dramatic. This was a bit distracting. The production quality of the novel was good. I would recommend this story to anyone who enjoys coming of age stories and epic fantasy.

Not much of a fantasy reader, but I enjoyed this book. Definitely worth the listen

Yes. The story is great for those who enjoy epic fantasy told with a modernized twist. Audio is always a plus when time for actual reading is limited.

Would you listen to another book narrated by Danielle Cohen?

Possibly. I often found the delivery somewhat lacking during climactic moments and the accent/pronunciation was off in a few places. Minor things, but that threw me in the moment. There were also two moments that I can recall where the audio overlapped where it was spliced and a few seconds of dialogue were repeated. Again, minor, but threw me in the moment

The story was good and I enjoyed the experience overall. The only hangups were in the narration itself rather than the story. If you're looking for an epic fantasy with the feel of the thriller and a modernized twist, this is the book for you.