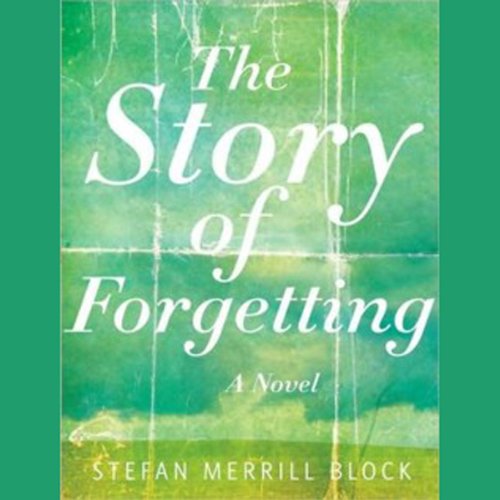 The Story of Forgetting

The Story of Forgetting

Abel Haggard is an elderly hunchback who haunts the remnants of his family's farm in the encroaching shadow of the Dallas suburbs, adrift in recollections of those he loved and lost long ago. As a young man, he believed himself to be "the one person too many"; now he is all that remains.

Hundreds of miles to the south, in Austin, Seth Waller is a teenage "Master of Nothingness" - a prime specimen of that gangly, pimple-rashed, too-smart breed of adolescent that vanishes in a puff of sarcasm at the slightest threat of human contact.

When his mother is diagnosed with a rare form of early-onset Alzheimer's, Seth sets out on a quest to find her lost relatives and to conduct an "empirical investigation" that will uncover the truth of her genetic history.

Though neither knows of the other's existence, Abel and Seth are linked by a dual legacy: the disease that destroys the memories of those they love, and the story of Isidora - an edenic fantasy world free from the sorrows of remembrance, a land without memory where nothing is ever possessed, so nothing can be lost.

Through the fusion of myth, science, and storytelling, this novel offers a dazzling illumination of the hard-learned truth that only through the loss of what we consider precious can we understand the value of what remains.

Thought provoking and entertaining. with characters so real they seem alive. I read this years ago and got the audio because I remembered it was excellent. highly recommended.

I see that this reader has 90 some readings to his credit. I am at a loss as to how. Who decided that a bit of gravel in the voice is appealing to listeners? Add to it the inability to convey any expression except to sort of screech and you have the only book that I really feel like asking for my money back. A shame because what I managed to listen to suggests the author has the ability to turn a phrase.