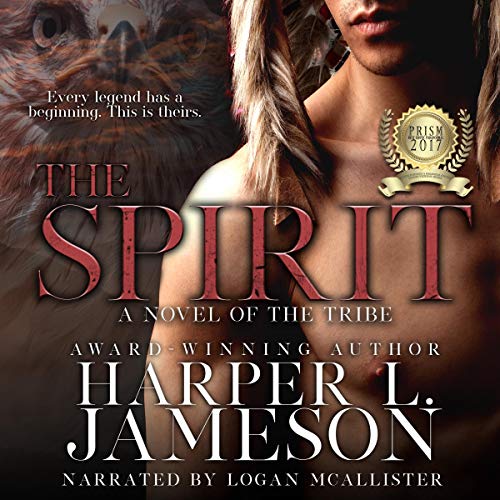 The Spirit: A Novel of the Tribe

By: Harper L. Jameson
Narrated by: Logan McAllister
Try for $0.00

Before the white man settled the Appalachians, he stood over the people of the Tribe, providing all they needed to flourish in the shadow of the mountains.

The many tribes have given him many different names. Wakan Tanko. Maheo. To the people that first hunted the corner of Appalachia known to later generations as Wright’s Holler, he was Weshemoneto, the Great Spirit.

To Anna Madeline Wright, he would simply be Wes. Born in the holler that bore her name, “Annie” Wright came from people that had learned to live on the land, people who believed in the magic saturating the woods around them. People who knew how to survive.

Circumstance of birth gave her power. Her skills gave her respect. Her magic gave them hope. In a town not yet influenced by the progress of the industrial revolution, Annie was a pauwau. A witch.

The winter of 1836 hit the town of McAllen hard and with her people in danger of annihilation, Annie called on the spirits for the power to save them. Her desperation called Weshemoneto himself. When they collided, she had to make a choice: Lose her town or lose her heart.

What happened next would become the stuff of legend for centuries to come.

What listeners say about The Spirit: A Novel of the Tribe

A tale of love, power, and union!

Logan McAllister narrated The Spirit with a wonderful range of voices and inflections that represented each character perfectly. His "storyteller" cadence added to the rustic ambiance of the story and brought it to life.