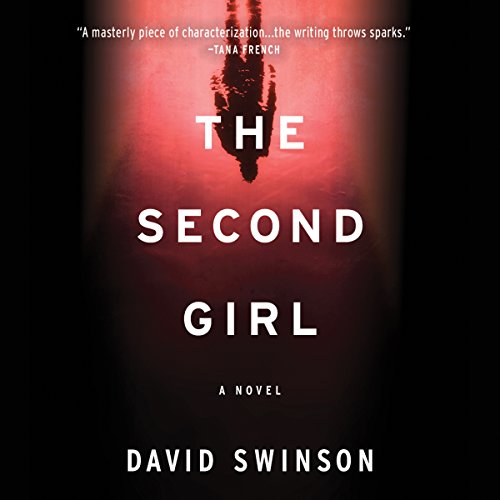 By: David Swinson
Narrated by: Christopher Ryan Grant
Try for $0.00

Frank Marr knows crime in Washington, DC. A decorated former police detective, he retired early and now ekes a living as a private eye for a defense attorney. Frank Marr may be the best investigator the city has ever known, but the city doesn't know his dirty secret.

A high-functioning drug addict, Frank has devoted his considerable skills to hiding his usage from others. But after accidentally discovering a kidnapped teenage girl in the home of an Adams Morgan drug gang, Frank becomes a hero and is thrust into the spotlight. He reluctantly agrees to investigate the disappearance of another girl - possibly connected to the first - but the heightened scrutiny may bring his own secrets to light, too.

Frank is as slippery and charming an antihero as you've ever met, but he's also achingly vulnerable. The result is a mystery of startling intensity, a tightly coiled thriller where every scene may turn disastrous. The Second Girl is the crime novel of the season, and marks the start of a refreshing series from an author who knows the criminal underworld inside and out.

"Like Dennis Lehane and Richard Price, David Swinson gives us a gritty urban crime novel populated with morally complex, utterly believable characters. Swinson knows how to build suspense, and he has a great ear for the patois of the streets, but it is detective Frank Marr's tightrope walk between his noble and darker impulses that makes The Second Girl such a rewarding read from start to finish." (Ron Rash, author of Serena)
"Brimming with equal parts authenticity and heart, The Second Girl boasts a cops-and-corner-boys milieu as gritty and compelling as anything in The Wire, as told by a tough-talking P.I. protagonist with a vulnerable side. David Swinson is a hell of a fine writer, and The Second Girl is a stellar first entry in what's sure to be a can't miss series." (Owen Laukkenen, author of Stolen Ones)
"The book's action is forever on the boil." (Jack Batten, Toronto Star)

"One of the year's best crime novels." (The New York Times Book Review)

What listeners say about The Second Girl

A former cop and no rules!

Wow! I ended up really liking this story and hope we hear more from this character! The author likes street names and I feel like I could navigate DC. Frank is a former cop, now private eye and he has no rules to contain him and he fully exploits that! I will definitely be on the look-out for more Frank Marr! I loved the narration...he even sounded like a cop!

This is one of the best book that I listen in a long time.Once you started you can not put it down. Great story and fantastic narration . You will not be disappointed .

Not your average protagonist

For those who like a gritty, fast-paced crime drama, lots of action, and a drug-addicted "hero". I liked it. And the narration was spot-on !

Gritty cop novel, a must for DC locals

You can tell this cop novel was written by someone who knows DC...and not the more infamous political side of things, but the actual living, breathing city. Great depiction of a flawed hero and of a very real human trafficking crisis that impacts even the upper middle class neighborhoods of suburban Virginia. I hope Swinton will bring back Frank Marr for another round of troubled triumph.

A Cop on Cocaine with a conscience (some time)

A very interesting book. You have to keep listening as it is a ways in the book before you understand who the girls are.

While snooping through a dope house he finds a young girl being held hostage a fed drugs. Not what he hopes to find, but he can't leave her. And, he can't take her to the police with all the drugs he is holding.

When the news gets out, he is contacted by parents whose daughter went to school with the girl he rescued. Willing to pay to have him locate their daughter, he finds himself in the middle of a drug infested area of town, constantly watching over his shoulders. Using his bag of tricks from years as a police officer, he dives into the neighborhood driven by the courage given to him by cocaine. Just enough false courage to get him killed.

I would say I struggled to finish, but the book ended before I cared.
This book was over at the point when most stories seem to take off. "This was a production of..." *Wha?...huh? It's over? Did I MISS 4 HOURS?!?* Nope. Just done.
Ok.

It was a fun listen

It was different - But I liked it. I'm sure I could over think it and pick it apart - But the narrator was very good, and the story was different.. Compared to a lot of books. I would definitely put this in the good column.

Don't understand the rave reviews. It's average at best. Not a lot of mystery, tension, or thrills. Another flawed ex-cop.

The writing and narration puts you right on the streets of DC working the case. Looking forward to immediately starting the next book in the series.

right up there with Michael Connelly

One of the best audiobooks I’ve listen to in quite some time. A great crime fiction story. The narration was spot on.The author keeps you hooked from the very beginning to the very end. This is going to be a great new series.