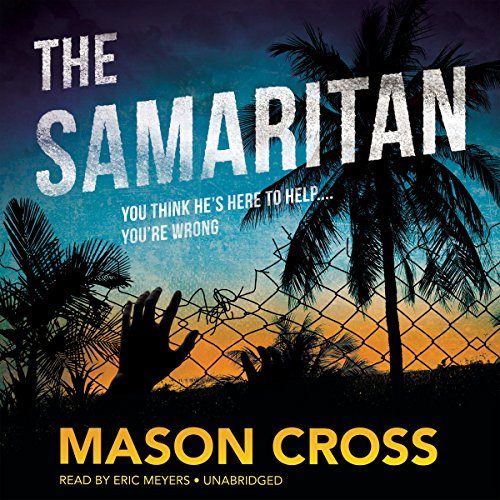 By: Mason Cross
Narrated by: Eric Meyers
Try for $0.00

The thrilling sequel to The Killing Season, a new energetic crime saga featuring Carter Blake, a protagonist in the tradition of Jack Reacher, Alex Cross, and Jason Bourne.

When the mutilated body of a young woman is discovered in the Santa Monica Mountains, LAPD detective Jessica Allen knows she's seen this before - two and a half years ago on the other side of the country. A sadistic serial killer has been operating undetected for a decade, preying on lone female drivers whose cars have broken down. The press dub the killer "the Samaritan", but with no leads - and a killer who leaves no traces - the police investigation quickly grinds to a halt.

That's when Carter Blake shows up to volunteer his services. He's a skilled man hunter with an uncanny ability to predict the Samaritan's next moves. At first Allen and her colleagues are suspicious. After all, their new ally shares some uncomfortable similarities with the man they are tracking. But as the Samaritan takes his slaughter to the next level, Blake must find a way to stop him...even if it means bringing his own past crashing down on top of him.

What listeners say about The Samaritan

The Carter Blake series should not be missed...

I think Mason Cross has made it into my top ten authors with this second book in the Carter Blake series. I thought the first book (The Killing Season) was really good and hoped it was more then just a one hit wonder. With this book Cross has proven that he has more talent then just one good book. This book (The Samaritan) is an Excellent thriller, nonstop suspense right from the beginning. It has a surprise ending that I never saw coming and that doesn't happen too often. I checked Cross's website and saw he has a third coming out this spring, I sure hope it's coming out on Audible as well as print. Anyway, Carter Blake... He finds people that don't want to be found. He's been trained by one of the alphabet organizations and is the best at what he does. He also possesses other skills the average citizen does not. Getting in and out of places with out being noticed, self defense/offense, an ability to read people and a moral code he adheres to. He's not an assassin and will not take jobs from just anyone. We know Carter Blake is not his real name but also don't know much of his history. He gains the respect of law enforcement that he works with, he's loyal and he also doesn't want to easily be found. He's a mystery that looks as though a little bit will come to light with each new book.
Highly Recommended.
If you found this review helpful please indicate so.
Thank You.

All I want in a book is that it grabs me, keeps me entertained. Great story!!!

This writing started so oddly I thought I had purchasd the incorrect title. So stay with the introductory chapters until you knee deep in bodies. It holds together well until the closing. Next book neefs a tougher editor.

What other book might you compare The Samaritan to and why?

I have no specific book in mind. The Carter Blake character has some shades of Jack Reacher, not in size but apparent lack of roots. He also reminds me somewhat of Mark Dawson's John Milton character.

Which character – as performed by Eric Meyers – was your favorite?

Carter Blake. Meyers is the voice of Carter Blake since Blake's portions of the book are written in the first person.

First, thanks to Shelley, one of the Audible customers whose reviews I follow, for her reviews which led me to The Samaritan as well as several other wonderful thrillers. The Samaritan is a great action thriller with constant suspense. I have not listened to the first book, The Killing Season, but will soon. I also look forward to the mid-2016 release of Winterlong which is Book 3 in the Carter Blake series.

A great plot, good characters, it is laid out well and very thought out, with lots of twists and turns. It took me a long time to work out who the killer was and then I found out I was wrong. It has some thrills a few chills and a lot of excitement. It was a very good listen that I totally enjoyed. I even bought a few other of this authors audios. It kept me on the edge of my seat waiting to jump in the book to help out the victims.

I thought the narrator did a good job, there was one time where he repeated one word and I really wasn't sure if that was a repeat or not. He has a pleasant voice, easy to listen to and his character voices were very nice. I almost always knew who was talking and what they were feeling. There is no volume change, no background noise really is a very clean audio. I totally enjoyed this and look forward to listening to more of his work.

Very good series and I thought for the most part anyone who likes Psychological Thrillers should enjoy this listen.

couldn't stop listening once I started. moving onto book 3. Books 1 and 2 were sit on the edge of your seat page turners. Great Author and reader alike

series is getting better

enjoyed this book. it kept me wanting more. can't wait to read next in the series.

First off I'll tell you it usually takes me about a day and a half or a little less to finish a 12 to 13 hour book... This one took me 4 days and multiple restarts.
The story was good, the degree of mystery was good, but I just could not connect with the book in such a way that made me care about the characters.
Sure there is plenty of blood and gore, the main two characters get captured and experience the said tic offerings of the villains. The story takes place in LA and I guess the author just wanted to showcase a twisted mind, and a super secret gov. Law agency working with a female law enforcement type with questionable prior performance of duty issue...maybe

There's four hours to go, but I'm giving up after the warehouse scene.. I think there's a good idea in here - But the story doesn't grab me and hold my attention. A lot of dialogue.