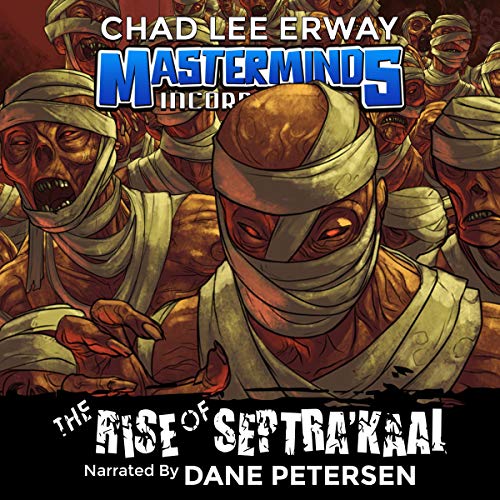 By: Chad Lee Erway
Narrated by: Dane Petersen
Try for $0.00

Think only cartoon animals can talk? So did sixth grade whiz kid Jonah Mortimer...until one did! This little birdy has come to warn Jonah of an ancient evil - long buried and forgotten - that has laid quiet under Falter’s Rise...until now!

The corrupt pharaoh, Septra’Kaal, has risen from his grave, and his mummified army marches on Wolverton! Astride a giant scorpion, Septra’Kaal is a force the likes of which Masterminds Incorporated has never seen. What will Jonah and the rest of Masterminds do when this monstrosity unleashes its plagues on Wolverton?

What listeners say about The Rise of Septra'Kaal