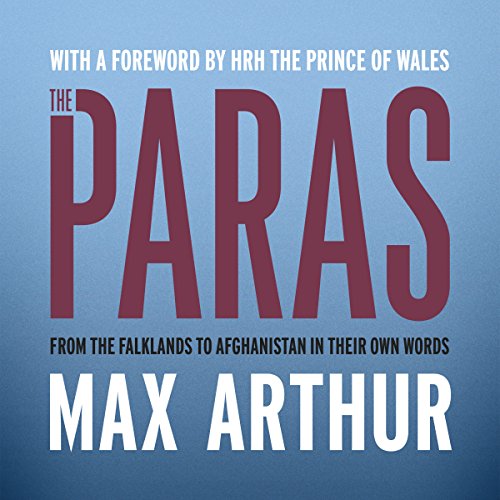 The soldiers of one of the world's most famous fighting forces, the Paras, tell the gripping story of the regiment in their own words.

Published to coincide with 75th anniversary of its formation, this is the definitive history of the iconic Parachute Regiment, told through the voices of more than 200 of the soldiers themselves.

From the daring raids of World War Two through Northern Ireland, the Falklands, Bosnia and Afghanistan, the Paras have a reputation for being where the fighting is fiercest and the odds of survival are often stacked heavily against them. The gripping, visceral first-person narrative makes this book stand apart from conventional regimental histories.

If you are remotely interested in the military or in the PARA’s specifically, this is a great book and hearing their history from all different guys points of view is a really good touch too.