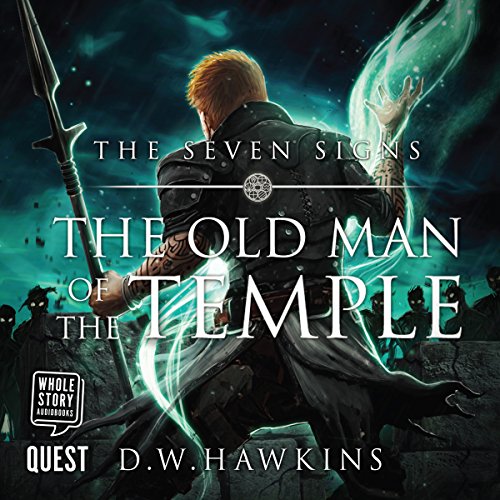 The Old Man of the Temple

For fans of Robin Hobb.

Sanctuary beckons but hides a deadly secret within. An archaic power awakens, but the shadows of antiquity conceal a terrible truth. Fugitives from the Conclave, Dormael and his friends flee with the armlet in their possession. Hounded by their former allies, they undertake a dangerous trek to an ancient ruin - a place where the only things older than the stones are the secrets buried beneath them. Pain and darkness wait in the halls of the dead, but something worse may be closing in from behind. With evil stirring, the fate of the world hangs in the balance.

Will Dormael and his friends uncover the mystery of the artefact, or be destroyed by those who wish its power for themselves? For Dormael, D'Jenn, and Shawna, failure could mean the destruction of everything they know. The war is just beginning, and the gods will weigh the price in blood.

What listeners say about The Old Man of the Temple