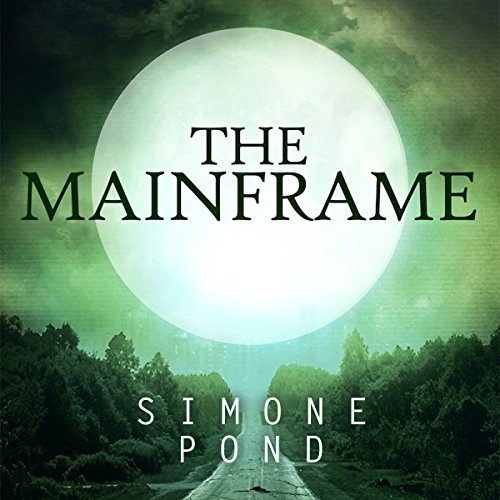 A thrilling sci-fi dystopic series from an award-winning author of dystopian fiction.

Seventeen years after the disappearance of former city center leader, Chief Morray there has been peace among the West Coast regions. But in Ojai Village, there is very little peace between Ava and her 16-year-old daughter, Grace. Both have different ideas about what it takes to maintain independence. Grace comes across some digital footprints inside the mainframe, convincing Ava that Morray is back to seek revenge and reclaim control. When Ava goes missing, Grace assembles a motley crew of cadets to go on a search and rescue mission to save her mother and take down Morray. Grace soon learns that independence comes at a price.

Jumping right back into the midst of this chaotic tale, Simone Pond does well to welcome a new character: Grace, the daughter to Ava and Joseph as a young adult. In this story, she is the main character and is the perfect combo of her parents with her independent nature like her mother and her leadership qualities like her father. Her upbringing and personality help her find herself in the midst of saving her mother and discovering the terror hidden in the mainframe.

The story was not as detailed and jumped from scene to scene a bit to quickly for my taste. I enjoy Pond's imagination and wanted to live in the story longer.

Returning narrator, Sarah Zimmerman, does well to keep this story at a steady pace and keeps the listener engaged with her easy going voice.

Overall, I enjoyed the book and am happy this is not the end to the series. I look forward to listening to the next book in this saga.

This audiobook was given to me in exchange for an honest review.

A teen trying to break free of her parents

The world has changed for the better, but there is still a feel of separation between the Insiders and the Outsiders. It's been said it'll take a few generations before the divide is completely washed away. The world is building on the outside of the city as well as in the city with the walls gone. We get to see this through Grace as she has big plans for herself at the Academy, in Silicon Valley.

We see Silicon Valley with the creation of the world now. It's a blend of old world before Repatterning and new with the technology. When Grace goes on a tour, we get a history of the Repatterning and what happened in the first book along with prequel. Also giving us a view of the city. We even learn of a forgotten city center, Emerald Mountain (which I believe is what is depicted on the cover). When Grace learns of the old city center, she becomes curious of it. Wanting to know if there are people inside, and saving them. But the city is protected by the natives there.

We get to meet a potential love interest for Grace early in the book. Lucas seems so sweet and a great balance for her. We see a few friends, and not so close friends, of Grace as she goes to the Academy and then on her mission to save her mother.

Which character – as performed by Sarah Zimmerman – was your favorite?

Sarah returns to voice the second book in this series. I like listening to her voice. She fits this world and characters very well with what Simone is putting in words. I love when Sarah does the hologram voices. Holograms have the sound and feel we expect, but it also gives us a great feel for how personal she is with the characters.

*This audiobook was provided by the author, narrator, or publisher at no cost in exchange for an unbiased review courtesy of AudiobookBoom dot com, at my request.

If it's been a while since you've read the first book, this one will fill you in at the beginning with what the past was. Enough to remind all readers, YA and Adult, of what the brief history is. I found this story a quick and easy listen.

This book is from the view point of Grace, the daughter of Ava and Joseph, at the age of 16, we also see things with Ava's view too. Ava sounds like she's obsessed and paranoid over Morray returning. She's convinced that he will return, she just doesn't know when or in what body. What is found in Grace's test makes Ava believe without a doubt that he's returned, in a new body. Ava dives into the mainframe to see and investigate. Ava just doesn't know what Morray is after, until it's to late.

Some of the relationships and events are predictable, what she doesn't want is what she gets, but the story around them are what is interesting and fun.

I found I really enjoyed listening to Grace's story. She interacts with her mother, Ava, like many teens fighting for their freedom with parents, but love them as well. Grace ventures in the worlds and engages with what the world has become around her. Grace even falls in love, a feel that balances the story and feels equal to what we got with Ava and Joseph in the first book.

We end the story with a lead to the next book, which I will be needing as I want to see how things turn out for a few people.

This is the third book in the series and takes us into the future.The story centers around Ava and her family.Her daughter Grace struggles to make a place for herself and Ava continues to try and put an end to the threat of Morray.The author continues to create characters I feel invested in.I was hooked from the first chapter and couldn't wait to find out the characters fates.I look forward to reading future works by this author.The narrator has a pleasant voice to listen too.I received an audiobook from the author in exchange for an honest review.