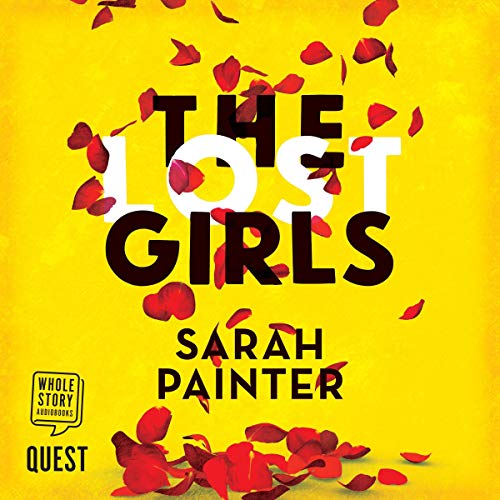 By: Sarah Painter
Narrated by: Angela Ness
Try for $0.00

The Lost Girls is a dark and twisty supernatural thriller, perfect for fans of Stephen King and Neil Gaiman.

Edinburgh student Rose MacLeod has been losing time for as long as she can remember. Days and weeks disappear, leaving terrifying gaps in her memory. Now she is seeing horrifying visions - waking nightmares of violence and death. Around the world young women like her are being killed, and Rose has a ringside seat.

Mal Fergusson was raised to hunt demons across Scotland. With his father dead and his brother in a coma, he no longer believes in the grand battle between good and evil. Instead, he scrapes a living as an investigator and hit man for the supernatural Mafia of Edinburgh.

Tensions are rising in Scotland’s capital, and Mal must capture Rose to keep his demonic boss sweet - but is he really willing to harm an innocent to do so?

What listeners say about The Lost Girls

The narration put me off

The narration of the story is dreadful, I switched it off after 20 minutes. The narrator has a very monotone voice and fails to billed suspense.

I started this book thinking it was going to be a standard good vs evil battle. While it did have those elements, it was so much more. Intriguing and suprising, it was a very satisfying read/listen. Narration was good, well paced and clear.