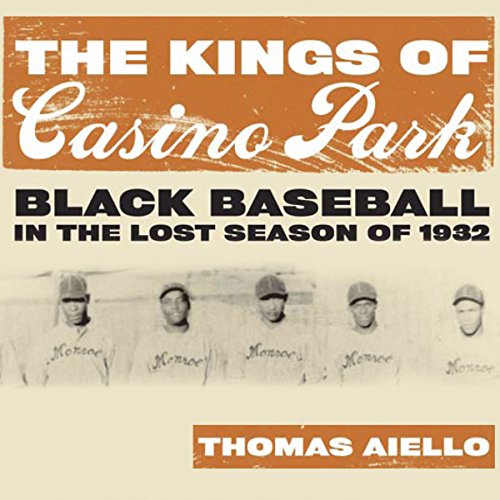 The Kings of Casino Park

In the 1930s, Monroe, Louisiana, was a town of 26,000 in the northeastern corner of the state, an area described by the New Orleans Item as the "lynch law center of Louisiana." Race relations were bad, and the Depression was pitiless for most, especially for the working class - a great many of whom had no work at all or seasonal work at best. Yet for a few years in the early 1930s, this unlikely spot was home to the Monarchs, a national-caliber Negro League baseball team. Crowds of Black and White fans eagerly filled their segregated grandstand seats to see the players who would become the only World Series team Louisiana would ever generate, and the first from the American South.

By 1932, the team had as good a claim to the national baseball championship of Black America as any other. Partisans claim, with merit, that league officials awarded the National Championship to the Chicago American Giants in flagrant violation of the league's own rules: Times were hard and more people would pay to see a Chicago team than an outfit from the Louisiana back country. Black newspapers in the South rallied to support Monroe's cause, railing against the league and the bias of Black newspapers in the North, but the decision, unfair though it may have been, was also the only financially feasible option for the league's besieged leadership, who were struggling to maintain a Black baseball league in the midst of the Great Depression.

Aiello addresses long-held misunderstandings and misinterpretations of the Monarchs' 1932 season. He tells the almost-unknown story of the team-its time, its fortunes, its hometown - and positions black baseball in the context of American racial discrimination. He illuminates the culture-changing power of a baseball team and the importance of sport in cultural and social history.

"An excellent study of black baseball and history, The Kings of Casino Park covers a lot of unknown history about the Negro Southern Leagues in the post-Depression era and their interactions with southern residents before the civil rights movement." (Larry Lester, author of Black Baseball's National Showcase)

What listeners say about The Kings of Casino Park

If you could sum up The Kings of Casino Park in three words, what would they be?

What was one of the most memorable moments of The Kings of Casino Park?

The courage and struggle to accomplish a dream

What does Claton Butcher bring to the story that you wouldn’t experience if you just read the book?

He has a wonderful voice that expresses the author's intent. The emotion and the calmness made it a pleasure to listen to and experience.

It amazes me to always be learning more. The book brought smiles and tears and an understanding of the struggle, dream, and goals of the men. Claton's voice made that possible. I held on to every word!