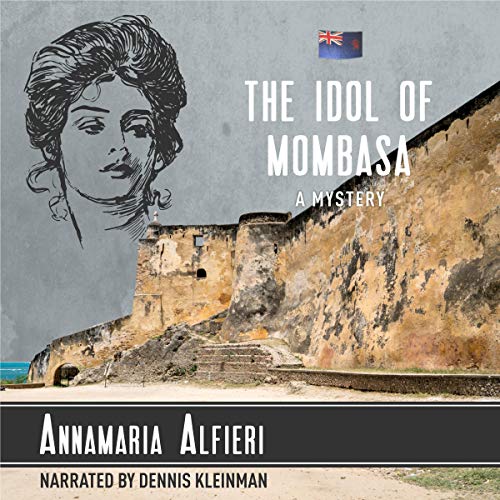 The Idol of Mombasa

By: Annamaria Alfieri
Narrated by: Dennis Kleinman
Try for $0.00

The British don’t belong in Africa. Their skins are too pale, their clothing too heavy and elaborate, their morality all wrong. And yet, here they are in 1912 in the British Protectorate of East Africa, tangled in an uneasy peace with the Sultan of Zanzibar.

Much of the tangle in this new mystery in Alfieri’s East Africa series concerns the slave trade. The British have outlawed it, but, well, it’s all a matter of who you know and who you owe, isn’t it? That slippery morality infuriates Vera Tolliver, a Scottish missionary’s daughter and the bride of a English police officer, whose job it is to enforce the law...after he figures out what it is.

The murder of a runaway slave only increases the complications, especially because a longtime friend of Vera’s family is the likeliest suspect. Meanwhile, both the British government and the Sultanate sail above it all, as though they had nothing to do with the problem. But both Vera and Tolliver could tell you that official fingers are knotted into the tangle’s every strand.

What listeners say about The Idol of Mombasa