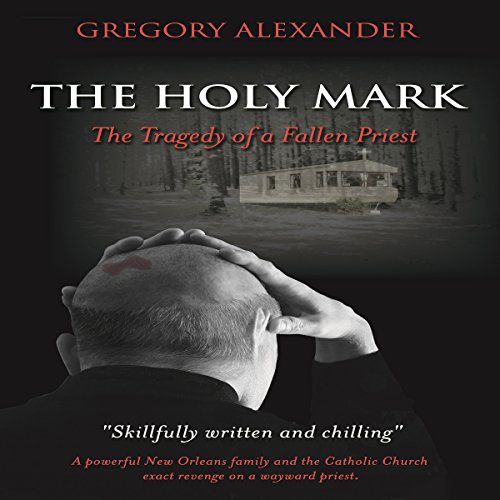 By: Gregory Alexander
Narrated by: Rene Maggio
Try for $0.00

The Holy Mark is the story of one reluctant priest caught between the cynicism of his own Southern upbringing and the political machinations of the Roman Catholic Church. In this disturbingly memorable novel about a wayward priest set in late 20th-century New Orleans, Alexander explores familial revenge, rails against the hypocrisy of the Roman Catholic Church, and creates a likable narrator guilty of heinous acts. Father Tony is born with a red birthmark on his head, which his grandmother claims is a sign that he is to become a priest; a prophecy he fulfills, eventually finding his calling working with disadvantaged young boys. Though he fancies himself a modern-day Saint John Bosco, Father Tony's relationship with some boys becomes sexual, and he endeavors to outwit his family and the Church to save himself.

Alexander ably captures the essence of parochial education in the 1970s and '80s, having himself taught in Catholic schools.

What listeners say about The Holy Mark