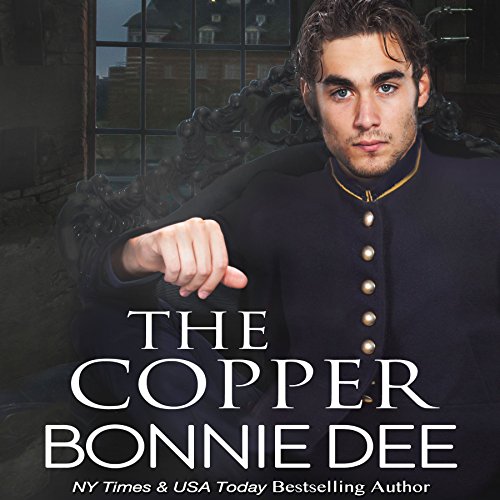 By: Bonnie Dee
Narrated by: Ruairi Carter
Try for $0.00

Lord Avery Wickersham wakes from a night's debauchery at a bordello to police officers pounding on the bedroom door. During the vice raid, Constable Connor Tate is ready to arrest the lord and his two male sex partners when Avery's glib tongue earns a reprieve for his friends, if not for himself.

From this grim beginning, men as opposite as summer and winter slowly work their way to an unexpected spring. Avery is ripe for a change in his aimless life, while Connor struggles between duty and desire. Overwhelming passion takes them by storm, but can a rush of lust evolve into love when their lives are so different?

While Avery attempts altruism by volunteering at a charity mission, Connor uncovers government corruption and an evil man who brings torture and death to his victims. The duo join forces to try to stop the killer, but when one of the lovers faces peril, their time may run out.

Warning: Contains a scene of abuse and torture.

What listeners say about The Copper

A lot of suspense in this story besides the very sexy romance. I did enjoy the glimpse of the larger problems of the society of that time, sad how much has stayed similar. With historical romances I always ache for the pain and difficulties gay men had to endure. There should be a sequel, I would be interested to hear more about these characters, especially the singer Bertrand.

A fun, all to real in depth tale from the past

Not bad for a diversion. Always good when the bad guys meet their just rewards and love prevails.

Do not recommend for anyone who doesn't want to hear about violent sexual abuse. This book should come with a warning for people who would prefer to avoid that kind of thing.

you have to suspend some disbelief, but overall a good book.
I was a little disappointed in the narration. as it happened, I listened to 2 books but the same narrator back to back and he was much better in the other. here, he kept slipping in and out of character often giving both MC the same high lilting voice. bad to slip, and as both were described as big-ish men, the voice actually didn't fit either. not the end of the world, but I do think he didn't give his best

Great Story, why no sequel?

This is an excellent story with excellent character development in a great setting. In my opinion, these characters would be great through at least one sequel.

Not as good as other books by Bonnie Dee

The love of the main characters was not very beliable .... it was more obsession with rejection. The narrator has a very interesting voice very sloooow for this book but he does have great skill and experience , may be another book and I would love this narrator . He was good, that keped me listening .

Given 4 stars simply for the first 3 chapters i found these to be slow and very nearly lost my attention. Glad I carried on.