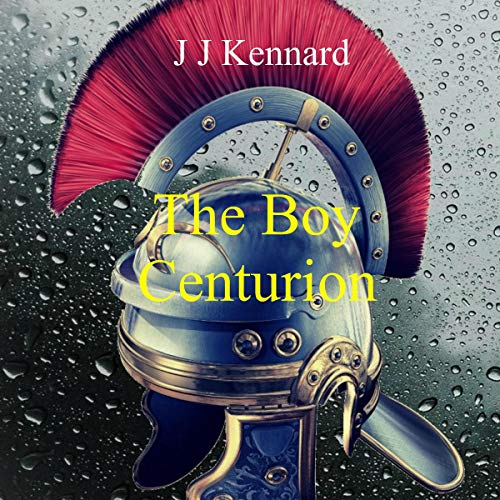 AD 383. Emperor Magnus Maximus orders the northern legions of Britannia to withdraw. The lumbering retreat is fraught with danger, as local tribes and warlords seek to capitalize on the power vacuum left by the Romans. This is the story of Atticus, the 15-year-old son of a cohort tribune from the sixth legion. Trapped behind the walls of a garrison, with only an aging centurion and his men for protection, Atticus must use both ingenuity and bravery to survive.

I love historical fiction and was looking forward to reading about this period, the book did not disappoint. I only wish it were longer! Absolutely loved the narration. Amazing accents!

YA novel, but enjoyable for all ages

I received this audiobook free at my request and am leaving this review voluntarily.

The Boy Centurion is a period work bent toward Young Adult readers/listeners, but I found it to be enjoyable as an adult as well. The narration is very good, and I think that this is one that you could share with your whole family and feel good doing so. I'm hoping that there will be more books in this series, and we can see where the story continues to go.

As the author indicates this book was inspired by Simon Scarrow's Eagles of the Empire series and after finishing it you can see the similarities so if you liked them then you will like this. I would say that Simon Scarrow's series is the better read but there is not much between them.

The book is meant for young adults, but I enjoyed it, and feel it is suitable for adults. The authors inspiration is the Eagles of Empire series by Simon Scarrow, which I have read all, and I cannot see any reason why Atticus and Rufus can't be the next Makro & Cato. I would prefer if any further books were written for the adult market like the Eagles of the Empire, and they were longer reads. Narration was very good.

I was given a free review copy at my request and have voluntarily left this review.

Solid but no surprises

I recieved a review copy of this book. Both the writing and narration are good, and the story is solid. My only criticism would be that the story itself leaves no room for surprises, feeling a little short.