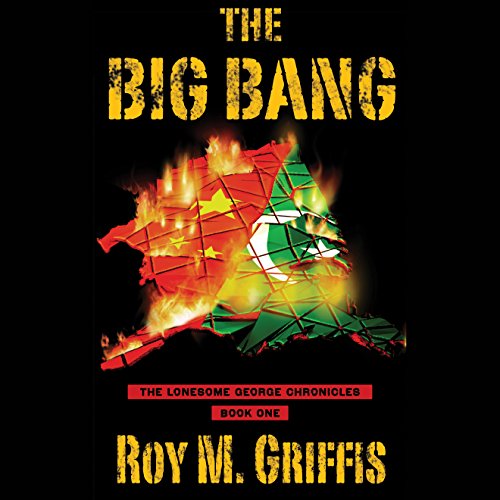 In this pause-resisting postapocalyptic thriller, Roy M. Griffis explores an alternate timeline in which America falls victim to a coordinated attack by Islamic jihadists and Chinese Communists.

It's 2008, and George W. Bush is still president. Three years later the man called Lonesome George is in hiding, leading the resistance from a secret location. Multiple plot lines skillfully braid the tales of resistance fighters in various parts of the country. Whistler is the hard-bitten commander of a military unit in Texas. Karen, a former congressional aide, stumbles through the radioactive rubble of Washington, DC.

Griffis also entertainingly works in real-life liberal celebrities and pundits whose eyes are finally opened to threats they once discounted as obsessions of the right. Molly, a left-wing columnist in San Francisco, finally puts her talents to good use on the underground radio as the voice of the resistance. Alec, a famous actor and liberal gadfly, loses his wife and daughter in the nuclear attack on Los Angeles and becomes a legendary fighter, inventing the gun that bears his name. A vivid imagining of an America gone horribly wrong, written in gripping detail.