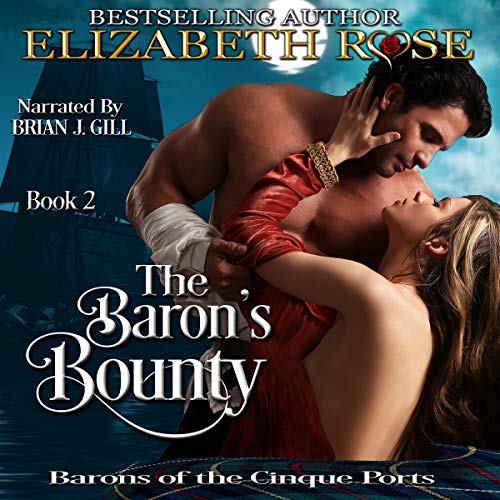 Isobel MacEwen is sent as her cousin Catherine's proxy to marry Conlin de Braose, Baron of the Cinque Ports. But several months before she leaves Scotland, and on the same night that the baron's ship is docked in port, she is a witness to the murder of their Scottish king. Or almost a witness. From her hiding place on that stormy night, she only sees the murderer's shoes as he walks by. Isobel's weakness is shoes. She loves shoes and notices not only everyone's shoes, but the way they walk as well. And now a pair of shoes is the only clue to what really happened that night.

Lord Conlin de Braose of Sandwich has made an alliance with Laird MacEwen to marry his daughter, Lady Catherine. He's never met the woman, and little did he know at the time of the agreement that she was known as the Shrew of the Scots. But Conlin has a young daughter he needs to think about since his wife's death. She needs a mother, and he needs the alliance to protect his lands - and so he must remarry.

But on the day that his betrothed comes overseas to meet him, a storm takes the ship and Conlin rushes to help. The bounty he pulls from the wreckage is a woman - his betrothed's cousin and proxy - Isobel MacEwen. The woman is beautiful, but seems a bit addled because of her infatuation with shoes! And when Conlin falls in love with the proxy, he realizes he is in a horrible bind.

Can a baron of the Cinque Ports keep his alliance to ensure the safety of his daughter and his people? Or will he risk all and break that alliance to be with the woman he loves?

What listeners say about The Baron's Bounty

Which character – as performed by Brian J. Gill – was your favorite?

Narrator Brian J Gill stepped up his game in the narrating of this book. He really embraced the author’s emotions in his performance. He was tender and emotional when called for and strong, even hilarious as the story dictated. He truly brought this story to life. I want to see this in all of his performances and will be listening. Excellent narrating Brian.

The Baron’s Destiny
By Elizabeth Rose
Narrated by Brian J Gill
What a Delight!
Author Elizabeth Rose writes such a fun story. She pulls in lessons on loss, manipulation, courage, inner strength and love in this amazing and fun story. I found myself relating to Lady Isabel in many ways. And I loved her shoe addiction and definitely can relate to that. This story had me laughing out loud, then feeling strong emotions for Lady Isabel as she comes to the realization she is simply everyone’s puppet. Then we move into her acceptance of that and determination to change this and be her own person. I loved this story from the first word to the last. An absolute joy to read. I highly recommend it.

Conlin doesn’t really want to get married, but he will for two reasons: an alliance with a Scottish Laird and to get a mother for his rambunctious daughter. The second book in The Barons of the Cinque Ports Series is a page-turner. There is the mystery surrounding the murder of the Scottish king. Isobel, the heroine, has a shoe fetish and a talent for identifying people by their shoes and the way they walk. There is a marriage by proxy. Lady Catherine, who is supposed to be Conlin’s wife, finally shows up, but brings quite a surprise with her.

Elizabeth Rose is a wonderful storyteller. In The Baron’s Bounty she blends romance, mystery, and adventure into a story that hold the readers attention from the first page to the last. Brian J. Gill’s narration is excellent. He is quite talented with different dialects. I enjoyed listening to him read this story.

Very entertaining and witty with Isobel's shoe fetish making me laugh out loud at times. The mystery of the suspected murderer just adds to the suspense and kept me listening until the end. Highly recommended!

A fun, engaging storyline about two characters who manage to overcome the crazy predicaments they keep finding themselves in while learning to love the other person for who they are.

When Isobel is put in a position that is really terrible for her by her cousin, she stays agreeable and when the baron is stood up, he takes revenge on Isobel. It is fire and water that make an explosive combination that is a wonderful read! Brian J Gill is GREAT as a narrator. I like that he reads normally unless he is "speaking" for one of the characters. I loved this book!!!

It was great,I loved the story and the characters so much.this girls addiction to shoes was hilarious ,I laughed so much when she was hiding them in places and then it rubbed off on the barons daughter and just spiraled. Oh and that scene from the woods with his squire,hilarious. This was a new author for me and now I'm addicted to her books. FIVE STARS

this was so well narrated. the characters really come to life. the story is both murder mystery and romance. i loved how crazed for shoes Isabella was you learned alit about shoes of the time. it was fun and romantic. the mystery grown in kept you on the edge of your seat. again the narration was wonderful. Do Not miss out on this great story.

This is a wonderful story and brought to life by the Narriator! Wonderful job you two!

Bride by proxy for shoes

A somewhat interesting tale of a shoe obsession and the trouble it can cause. Isabel agrees to be a proxy bride for shoes to add to her collection. Little did she know the trouble that would cause. Sinking ships, mysterious deaths, murders and split personalities all add to the tale as Isobel tries to get her happy ever after.

This is the second in the series and while I really enjoyed the first, this one is even better. The shoe fetish of Isobel is hilarious. Her addiction to shoes is what not only helps breaks the ice with Rose, Conlin's daughter but helps her find the murderer. I will admit I did not predict the murderer. Well done!

Loved every second of it. I couldn't stop listening. Finished it in a day. This was the second book of the series Barons of the Cinque. I love Elizabeth Rose's books. I've listened to about 30 of them this month, and I have another 20 of them to listen to in my library. The narrator is very good. I definitely recommend it and it's definitely worth a credit like all the others. Now on to the next one.

I enjoyed this book!
The romance and mystery held my attention. Filled with drama, secrets, murder, possible treason, passion, a shoe obsession, romance, second chances, love and a few twists and turns along the way. I never figured out the big secret until the very end and then, the really big secret, I was simply in awe.
Isobel is sent as proxy for her cousin to marry Conlin. But the attraction between the two is overwhelming. How can Isobel give up the man and his daughter when her cousin finally shows up?

I can't believe how much I enjoyed this book. If only there wasn't so much emphasis on Isabel's lust for shoes it would have been perfect. Actually it wasn't her lust that was a bit annoying, it was the constant description of the shoes she was lusting after. Other than that though the story was fabulous.

I had heard of a proxy marriage before but never of the marriage being consummated by proxy. Isabel certainly was expected to do a lot for her cousin Catherine, it's just a good job that she found Colin very very attractive. She also had an ulterior motive for agreeing to go along with her cousin's plans (apart from gaining shoes), she thought Colin a suspect in the possible murder of Scotland's king. If it was true then she wanted to get evidence of it.

Therefore, not only was there the romantic, passionate story between Colin and Isabel developing, but also the mystery of whether the king was actually murdered and who the culprit was.

I felt so sorry for Isabel especially when she knew that she would have to give up Colin when her cousin showed her face. I also really disliked Catherine, she had the nickname of a shrew and she definitely lived up to it. I just wanted to get into the story and slap her!! I love a book where I can get all tied up emotionally in the characters lives.

Brian J Gill's narration was fabulous, he really brought the characters to life. It was easy to picture the scenes and the characters' interactions. I think it is wonderful when a man can portray a woman's voice without sounding like an over the top drag queen. Fortunately, Brian's female voices were subtle and believable and made for an enjoyable listening experience.