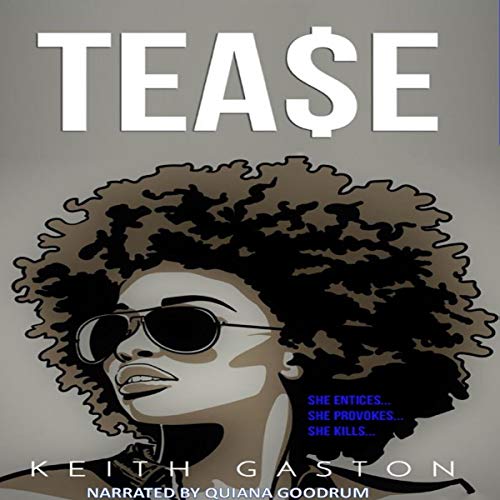 By: Keith Gaston
Narrated by: Quiana Goodrum
Try for $0.00

D-Shroud, a criminal kingpin, has dreams of growing his empire. By selling three suitcase nuclear weapons to buyers that have no compunctions about using them, he believes he can secure his vision. Tease, his number one assassin, is beautiful and deadly. When a mysterious Washington attorney named Shaw asks too many questions about D-Shroud, Tease is ordered to put an end to Shaw's life.

Shaw is blamed for a crime he didn't commit. Pursued by police and being tracked by an insane killer, his problems become even more complicated by an undeniable heat rising between him and Tease. With tens of thousands of lives at stake, will Shaw's passion for Tease take precedence over his sense of duty?

What listeners say about Tease