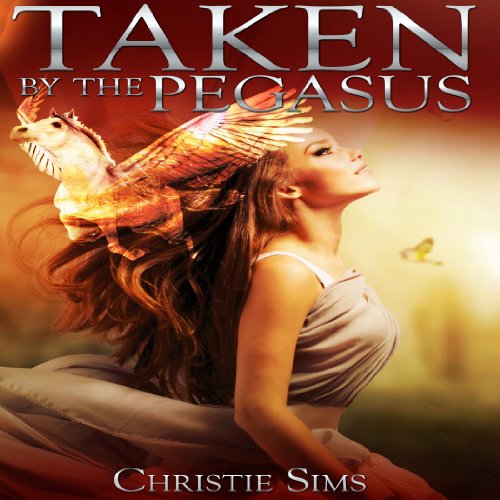 Taken by the Pegasus

By: Christie Sims,Alara Branwen
Narrated by: Lil Tulip
Try for $0.00

Avril, a patrician elf, is a beautiful maiden who is about to have her first sensual ride on her Pegasus, Rhyssӧn. Avril and Rhyssӧn are one when they ride, Avril's body slides against Rhyssӧn's muscular form and she can’t help but feel absolute pleasure. But all is not well in the kingdom and Avril must fight to protect it and her father from the growing enemy forces. It is only through the love and intimacy they share, that Avril and Rhyssӧn can possibly save the kingdom from certain doom.

What listeners say about Taken by the Pegasus

I have no idea if the book is any good or not. The narrator sounds across between a txt to speech program and an IVR phone system. She pauses before every proper noun then says it in a totally different tone. When she's not doing that he's mispronouncing every other word and talking like a robot. It's so distracting I'm writing this review while less than half way through. I don't think I'll be listening to any more once I'm done.

Skippy narration, confusing story. did not like, reference to Norse mythology didn't add to story line.

This book is narrated like a single run-on sentence, and not even in an interesting way.

There's weird attention to bizarre worldbuilding using words borrowed from very different times and places (Norse Mythology, Egyptian history, Latin) as well as made-up words for sex parts in case you wanted to hear about someone's "Mona" for 45min. They're adhered to until they aren't, going from a mostly monotone "His membrum was pink and his scrotal sack was black" to (in the same monotone) "Oh God fuck me with your cock oh god oh god the next day we went to visit...".

Then there's the weird elf spirit incest thing going on. She's thrilled to be fucking her grandfather. Who is now a pegasus. Or something. I honestly couldn't tell you if that makes it better or worse.

If you're going to write and publish for a kink, WRITE for it. Don't yadda yadda yadda through the entire book.

There are many editing errors, parts fully repeated, making the actual length of the story shorter than advertised. The lack of periods means the narrator, who sounds like a Windows 3.0 text-to-speech program crossed with a possessed Speak 'n Spell, wanders from pegasus sex to some kind of plot about her uncle being evil. Or something.

If this book was free, I'd make friends listen to it just so they could baffle over it with me. Something has to be so bad it's amazing for that to work though (please see: "Pregnesia: I'm fucking your ass, saving your life!"). Sadly it's not even "The Room" levels of WTF-ery, it's just... one very bland run-on sentence. It is in fact a single chapter. I think it's meant to be a beast-kink book but despite advertising as such, it's mostly rambling about the fjords (not in a descriptive way, that might actually be interesting) and pegasus-on-pegasus stuff mixed in with some elf-on-elf flashbacks because the only thing that could make things worse are some flashbacks and the only thing beast kink people want to read about is boring oral stuff between humans. Elves. Who have no difference except they can walk on clouds but we're specifically told that won't be explained and to be happy it was addressed at all.

Honestly, I think I wrote more words here than were in the book itself. Even as fanfic, this wouldn't fly.