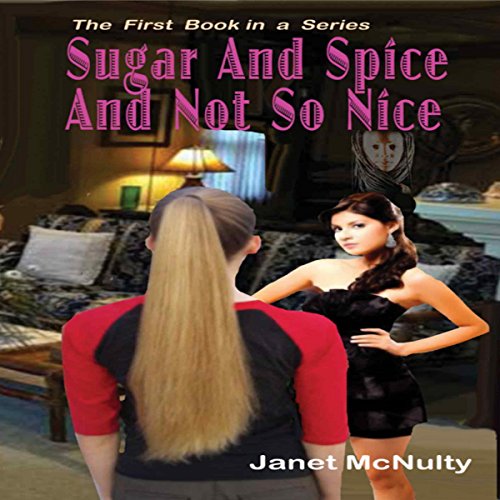 Sugar And Spice And Not So Nice

By: Janet McNulty
Narrated by: Christy Crevier
Try for $0.00

Mellow Summers just wanted to go to college and get her film degree. She moved into a furnished apartment with her friend Jackie only to find that it already had a tenant: the ghost of a girl who was murdered a year earlier. Now it is up to Mellow to not only discover who the murderer is, but to prove it as well. With the help of the ghost Rachel, Mellow sets out to solve the year old mystery. She soon finds out that she may have taken on more than she can handle. Pursued by someone who wants the identity of the killer to remain a secret, Mellow will have to use all her resources to outwit him and help the spirit of Rachel move on. Check out the first book in this new series.

What listeners say about Sugar And Spice And Not So Nice

I don't recommend the audio version

I did not care for this one. The story is okay but, the writing seems off and the characters aren't very believable. I did finish it but only because its short. The narration reminds me of a Charlie Brown special. I don't place the whole blame on the narrator though. The writing seems to be a major flaw (for me) but the narration did nothing to improve it, in fact it made it painful to listen to.

I finally had to give up the audible version. I made it halfway through and was 10,000% DONE. I finally switched to the e-book version, and it was better. Still not a great book but WAY better without the narrator that reminded me of one of the kids from Peanuts tv movies.

This book was a complete surprise. First that it was published, second that it is a series (there are more!).

Saying it is awful is putting it lightly. I checked and double-checked to see if this was a teen book. I could not find it listed as that. However, it is the stupidest book I have ever read. That includes books read to the kids at bedtime.

This was the perfect pick for my Sunday afternoon at home by myself. It was fun and not too long so I did get housework done too!

I am torn in this review. I had a hard time listening to what sounded like the voice of a 13 year old girl or at least the cliche of what one sounds like. The story was okay but a different narrator would have made it better perhaps. There seems to be no emotion throughout the reading that would draw a person in.

The idea was good, setting and characters also but there the goodness ended. The relations, story, conversations were unbelievably naive, unnatural and plain stupid.