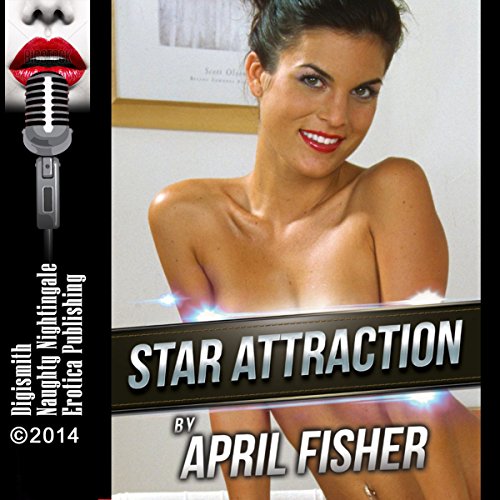 Mike Timmons is a superstar with a hot body who plays Brody on the hit TV series The Bend in the Road. With his awesome good looks and brooding eyes, he's every woman's dream man. He could have his pick of any woman he chose.

Shelly Davis is an assistant editor on the show and is one of Mike's closest friends. She's the one that the directors call on to talk to Mike when he's in a snit. She's had a crush on Mike for the longest time, but hasn't been able to bring herself to tell Mike for fear of rejection.

Push comes to shove, however, when Shelly starts coaching Mike on some acting technique. Shelly becomes bold and finally reveals her attraction for Mike. It starts a flaming affair that quickly consumes them.

This Adult Contemporary Romance is intended for mature audiences only.

the voice of the reader has a certain inflection, comes out as constant whining, it grates on listeners esrs.