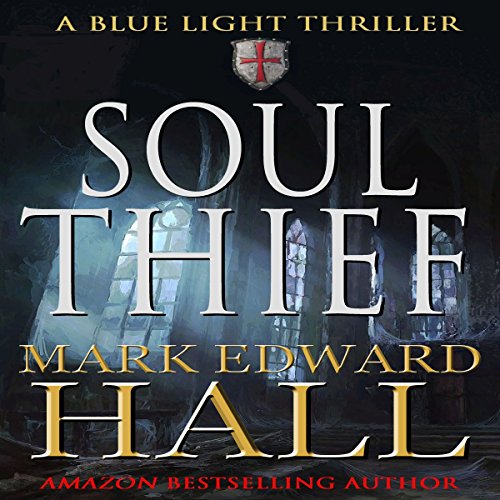 By: Mark Edward Hall
Narrated by: Clifton Satterfield
Try for $0.00

The Brotherhood of the Order is one of the oldest and most mysterious organizations on earth. Its primary mission is to protect one of the most carefully guarded secrets in human history, an object so enigmatic and powerful that in the wrong hands it could wreak havoc upon the earth. In the right hands it just might have the power to save humanity from its own destructive impulses.

Doug McArthur, hit in the face by a young friend at the age of seven, is suddenly able to see a supernatural creature who calls itself Collector. Doug's life is turned upside down when he realizes that it's not just the creature he sees, but the atrocities it commits.

Since marrying Annie his visions have been quiet and Doug is grateful. Now Annie is pregnant with their first child - a child that promises to be special - and their world is in the process of coming apart, beginning with the destruction of their home and forcing them to run for their lives, back into the world of Annie's childhood, the De Roche dynasty, to a murdered mother and a cruel and enigmatic father.

Doug, whose love for Annie borders on the obsessive, has a deep and abiding hate for her father. He is nearly insane with grief over their plight, but soon finds that De Roche is the least of his worries when he begins to hear the pleading voice of a lost child that he cannot possibly save.

And then, in the midst of Annie's mother's funeral, Doug is given a strange artifact, along with a dire warning by a dying priest. He must leave Annie and his unborn child and begin a sojourn into the darkest regions of the human heart.

In his attempt to save his wife and unborn child, Doug finds that there is much more at stake than the lives of two people, perhaps the very salvation of the human soul.

Soul Thief is the second audiobook in the Blue Light Series, a supernatural thriller that will keep you guessing until the stunning conclusion.

What listeners say about Soul Thief

I read the First Book, Apocalypse Island, and was kindly given a free copy of the second in the series, Soul Thief, by the Author. Thank you Mark. I enjoyed listening to this book. It is a long novel and I listened to it in many parts. It was easy to follow most of the time. I was studying at University while reading this so at times I was a bit distracted. Even through my distractions the novel kept me in to the end.

I didn't enjoy the narrator and it took me a while to get used to his voice. Once I did it was okay but the voice of The Collector was particularly annoying. I just had to ignore that.

It took me a while to get used to the Author's style (as I am a Stephen King fan) and once I settled in to his way of writing I enjoyed the read.

I am looking forward to the third (and I assume final) novel in the Blue Light Series.