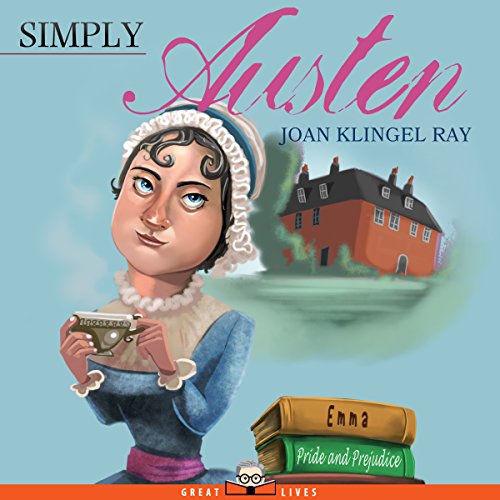 By: Joan Klingel Ray
Narrated by: Bridget Thomas
Try for $0.00

One of the most beloved novelists of all time, Jane Austen (1775 - 1817) is also one of the most scrutinized. Since the early 20th century, she has been a favorite topic of academic researchers and scholars; at the same time, the popularity of her books has continued to grow. Why are Austen's novels the subject of scholarly tomes and doctoral dissertations, and also the inspiration for a virtual cottage industry of popular adaptations? And how did this English country parson's daughter with little formal education become a major literary figure?

In Simply Austen, author Joan Klingel Ray paints a carefully researched, comprehensive, and highly entertaining portrait of the phenomenon that is Jane Austen - an author whose works have been translated into dozens of languages and who critic Harold Bloom placed among the greatest writers of all time. In exploring Austen's life and books, Ray not only helps us understand the forces that shaped this talented writer, but also offers a wealth of insightful clues that help explain her lasting popularity and continuing relevance for a 21st-century audience.

" Simply Austen is simply a must for anyone just starting off their Janeite journey or for those wanting a quick refresher course. Jam-packed with biographical facts and contexts, this smart pocket tutorial offers a fast-paced and accessible distillation of what scholars and biographers have pieced together about an enigmatic author so beloved that many readers refer to her solely by her first name - as if a close personal friend." (Janine Barchas, Professor of English at the University of Texas, Austin)

What listeners say about Simply Austen