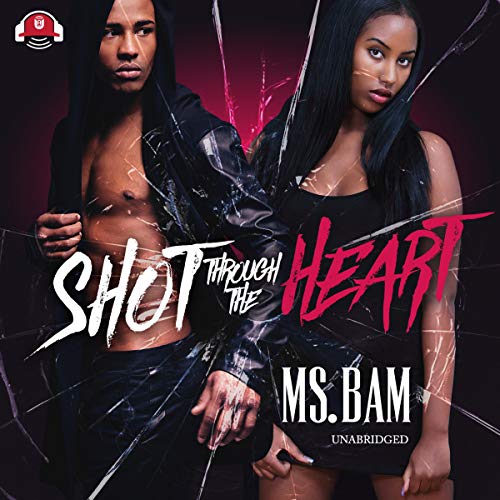 Shot Through the Heart

Have you ever sat and talked with God and asked him what have you done to be treated so badly? Nicole Evans has spent the last year and a half of her life having this same conversation with God. Over and over. Quite honestly, Nicole has been talking so loudly in fact she isn't hearing God whisper back to her, "Just wait, I have a love planned for you that will surpass everything you thought you wanted."

After the demise of her relationship with longtime boyfriend Don Travious, Nicole thought God had truly blessed her the day Kendrick Taylor walked into her life; her prayers for a lasting love had been answered. Life with him was bliss - until he walked out of her life without a second thought, leaving her more broken and alone than she'd ever felt. Nicole resigned herself to the fact she was going to be alone. She was tired of looking for love and only being left out in the cold. She was content to mourn the love she'd lost...or rather never had with a now happily married Kendrick.

Jeremiah gave his all to the woman he loved, rising R&B star Mia King. He took her out of a negative living environment, taking on the responsibilities of a man when he was barely into adulthood. Jeremiah even took on the responsibility of raising another man's child without a second thought. He was a man in love, and as long as he had Mia and their son, Jacobi, he felt like he had everything. Jeremiah was ready to conquer the world. In fact, he felt he was almost at the top of the mountain when his world came crumbling down. With one fateful trip to Texas, Jeremiah soon found out that everything he thought he knew about Mia was a lie. A year and a half later, Jeremiah is richer than ever, but his heart is cold. Straight savage when it came to any thoughts of love. The only purpose women serve for him is to meet his physical needs.

That is until one night of conducting business leads him straight into the arms of a woman he thinks is certifiably crazy. Though in the game of love, a little bit of crazy may be just what you need to make your world feel sane.

What listeners say about Shot Through the Heart

OMG I'm on one. this has to be my fave book by this author. it was everything. Jay was everything. OMG also the reader did a great job. it was truly a great story, and listen. all around five 🌟 banger need a part 2

I liked the story; needs Jakobi Diem to narrate males (Jeremiah) in the story. It was hard to determine which character was talking. This book also left loose ends. I want to know what happened with Mia and Quentin. It appears Mia was still catching feelings and Quentin may be a psychopath?

I could not make myself finish the book due to the female narrator. She was not good at pulling off the male point of view and I didn’t realize she was reading the male part in the beginning. I’m sure it’s a good book but I couldn’t get past it.

OMG GET ME SOME GAUZE FOR MY EARS

This story MIGHT be good but I could not get passed the narrator. She speaks to fast and I could not slow it down to an acceptable pace. I have no idea was her fast speaking voice was talking about as there is the same tone for the different characters. NO separation, they all blended together. The worse. Irritating narration don't get it.

talk about some mentally healthy eye opening pathways to peacefulness!!! ..very well written ..loved the revelations of the chatacters.. real life handled proving that the truth shall set you free

This was a really great listen, it kept me entertained and laughing. The only reason I'm giving the story four stars is because I feel like there where a lot of holes where another book could have been continued but sadly this is the only book and it is not a series. Other than that it's a great story. Definitely recommend!

When u are reading a book, please make sure u can even stand it!! This smacking I can’t even finish the book! Damn seems like a good book too

First time reading any books from this Author. A good read about love and sometimes the pain that may come with cheating and the healing that follows.

The storyline was great! The author focused on the story of the two main characters Nicole and Jeremiah while incorporating the others. Nicole was a bit rough in the beginning, but her and Jeremiah healed each other. I have to agree with the other reviewers the story ended with so many questions. Sadly it doesn’t appear to be a part 2 :(

Oh and the narrator did not read that fast...

I love Misty Reign! She makes me feel like I'm in the story! Very good!!!