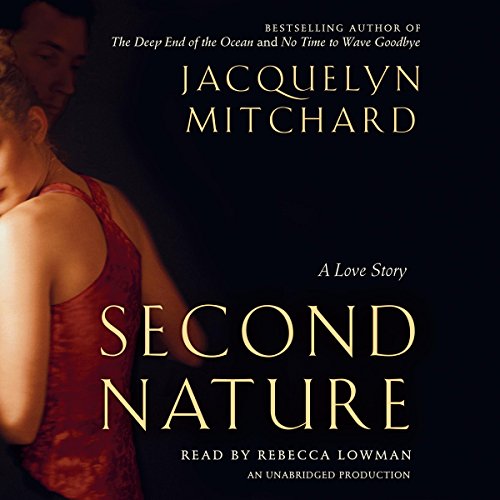 By: Jacquelyn Mitchard
Narrated by: Rebecca Lowman
Try for $0.00

New York Times best-selling author Jacquelyn Mitchard’s novels, with their riveting stories and unforgettable characters, have won the hearts of millions of readers. Now, from the author of The Deep End of the Ocean and No Time to Wave Goodbye, comes the fierce and moving tale of one woman’s fight for her identity and her life when fate holds out a second chance.

Sicily Coyne was just thirteen when her father was killed in a school fire that left her face disfigured. Twelve years later, a young surgeon, Eliza Cappadora, offers hope in the form of a revolutionary new surgery that may give Sicily back the grace and function she lost. Raised by a dynamic, tenacious aunt who taught her to lead a normal life, and engaged to a wonderful man who knew her long before the accident, Sicily rejects the offer: She knows who she is, and so do the people who love her. But when a secret surfaces that shatters Sicily’s carefully constructed world, she calls off the wedding and agrees to the radical procedure in order to begin a new life.

Her beauty restored virtually overnight, Sicily rushes toward life with open arms, seeking new experiences, adventures, and, most of all, love. But she soon discovers that her new face carries with it risks that no one could have imagined. Confronting a moral and medical crisis that quickly becomes a matter of life and death, Sicily is surrounded by experts and loving family, but the choice that will transform her future, for better or worse, is one she must make alone.

An intense and moving story of courage, consequence, and possibility, Second Nature showcases the acclaimed storyteller at her very best.

“Jacquelyn Mitchard is back with a fascinating story that only she can tell. The characters are the sort that stay with you long after the last page is turned.” (Kathryn Stockett, author of The Help)
“ Second Nature is a love story like no other. Sicily Coyne survives an unimaginable tragedy, skillfully imagined by Jacquelyn Mitchard, and must then face seemingly insurmountable obstacles and struggle against impossible odds in her quest to find what we all want - true connection, fulfillment, and lasting love.” (Lisa Genova, author of Still Alice)
“Mitchard writes with passion and artistry, weaving a vivd story that both moves and astonishes. From the very first paragraph, you know you are in the hands of a gifted writer.” (Tess Gerritsen, author of Ice Cold)

What listeners say about Second Nature

Loved this book. Reading about a face transplant was totally fascinating. The characters, flawed and intriguing, riled and raptured you as most people do. Everyone grew and the ending was thoroughly satisfying, though of course, as with all fine books, you'd like to tag along for a bit longer.

This book stayed with me a long time. Mitchard writes a compelling, moving story with characters that bring up emotions and empathy in me. Rebecca Lowman is excellent, as usual, in her narration. If you like stories that move you to tears, this is the book for you. I wish I hadn't heard it yet so I can hear it now.

Where does Second Nature rank among all the audiobooks you’ve listened to so far?

This was the first book I listened to on Audible.com and I am glad it was the one I chose. I loved the story and the characters - they were believable and engaging, and very flawed, but still lovable. I felt like the story dropped off at the end as if Mitchard didn't know how to wrap it up, but overall a winner.

I think she could have a good sequel with the main character, or possibly a book about the surgeon during a different time in her life?

The book is set only slightly in the future, but with medical advances that are not here yet. Very interesting!

Yes I would, the book is based on modern concepts such as face transplants, which are in the news all the time. The Book, although fiction, encourage one to think about this very contentious question of face transplants. To such an extent that I have changed my living will to include donating my face as part as my organ donation.

The whole book was very moving