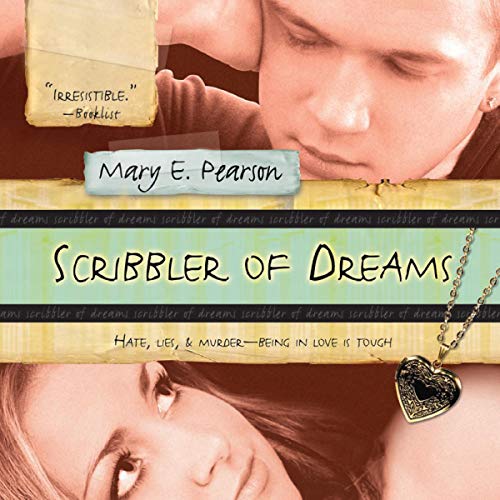 Romeo and Juliet had the right idea. About dating the enemy, that is. They were true to their hearts.

Kaitlin Malone knows what it’s like to date the enemy. She was raised to hate the Crutchfields, and absolutely does - until she meets Bram Crutchfield. It turns out he’s a great guy, one she can talk to, share things with…even love. But when Kaitlin gives her heart to Bram, her world spins out of control. Soon the Crutchfields are her friends and she’s a traitor to her own family.

To make things worse, Bram was raised to hate the Malones, especially Kaitlin’s father - who murdered Bram’s dad. Bram doesn’t know Kaitlin is a Malone. If he did, he’d hate her too.

What’s a star-crossed lover to do?

What listeners say about Scribbler of Dreams

the ending didn't satisfy me , I feel there is something missing in it

What does Kate Rudd bring to the story that you wouldn’t experience if you just read the book?

if the ending is different I would

the story is a bit stale and slow-paced and I've heard it all before. but it's well-written and performed and nicely. she's a great writer and I like her work that I've read so far.

This is my most favorite book. It is so worth the read. It makes you think about a lot of things!

This book is so romantic and made me cry so many times of joy and sadness I just love Kaitlin and Bram as a couple, I just want a relationship like them so much truth, openness, and romance. It made me feel so warm that they showed show much affection and love to one another. This is one of my favorite audibles and I am going to re listen or read this book soon!! There was so much detail and description in every little thing I need to re play it all again to savor the taste of the story I felt like there were so many flavors going on I couldn't enjoy them all at once! Its like a gourmet meal for the soul which I wan't to take it slow and just let all the tastes melt in my mouth!