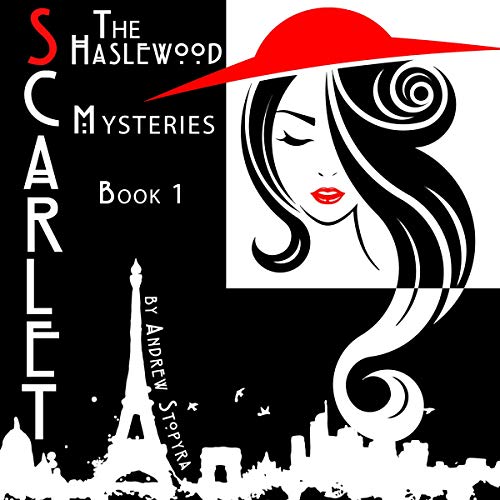 By: Andrew Stopyra
Narrated by: Brittany Goodwin
Try for $0.00

Scarlet Haslewood is a con artist.

Besides perfectly baked pastries and strong coffee, she has a fondness for stealing things. But she knows that stealing the most famous painting in the world would be pointless. After all, what can you do with it once the world finds out it's missing? Hide it in your closet? She'd rather use that space for her hat collection.

So instead of stealing the Mona Lisa, Scarlet's going to sell it.

But who is Scarlet Haslewood? How did she become a lying thief in the first place?

And can a stranger on a train and a simple twist of fate change the life of a woman who twists the truth for a living?

More than just a good caper, Scarlet is the origin story that kicks off a new series: The Haslewood Mysteries.

Set in 1920s Europe, The Haslewood Mysteries follows the exploits of con artist Scarlet Haslewood as she employs her wit and charm to sniff out and stop other cons, grifters, and unsavory individuals. From Paris to the Riviera, London to Istanbul, join her for this fresh take on the historical mystery genre that should appeal to anyone who enjoys vivid descriptions, rich character development, and clever plot twists. (And the finest French pastries, of course).

What listeners say about Scarlet