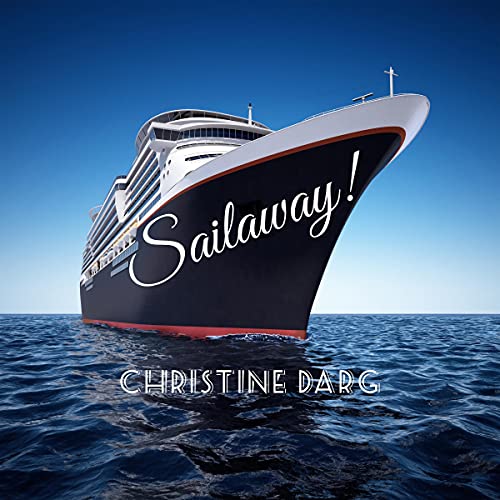 Sailing around the world on a luxury cruise would seem to be a very "worldly" thing to do. But the year was 1977, the ship was the Queen Elizabeth 2, and world cruising was just getting started. During the three-month voyage across the Caribbean, South America, South Africa, India, south-east Asia, and into communist China, author Christine Darg and her husband Peter encountered people and places from a now fading memory.

During the long days at sea, Christine befriended some of the ship's passengers and crew, and discovered that wherever you are in the world, the human heart has the same needs. The trip was an opportunity to explore her own Christian faith, and seek a deeper meaning while encountering the Holy Spirit. This new faith strengthened her for ports of call in British Hong Kong and Japan, before finally reaching the bright lights of Los Angeles, and saying goodbye to a lifetime adventure.

What listeners say about Sailaway

Adventures with God at sea

Amazing testimony of the Dargs adventure with the Holy Spirit while on a world cruise. The Christian thought is true that there are no coincidences for the Believer in Jesus; only God-incidences. Christine brings precious memories to life as she narrates excellently her encounter with the most amazing people while visiting the most amazing places. Follow her on this journey as she offers hope through the message of the Cross, and the ministry of the Holy Spirit. You will be amazed at the powerlessness of the occult, the futility of wealth and knowledge, and the emptiness of religion in changing man’s basic nature. You will discover the freedom that God’s forgiveness offers through a living relationship with Jesus Christ—the Light which shines in the darkness and the darkness did not overcome it. Sailaway is truly an interesting, engaging, and transformational memoir which I enjoyed listening to. Be prepared to be impacted.