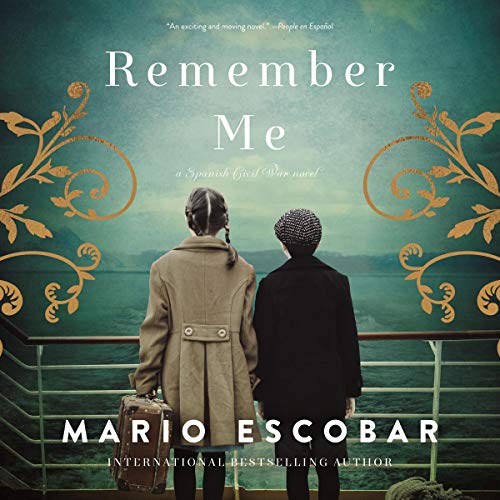 By: Mario Escobar
Narrated by: Zach Hoffman
Try for $0.00

Amid the shadows of war, one family faces an impossible choice that will change their lives forever. From best seller Mario Escobar comes a 20th-century historical novel of sacrifice and resilience inspired by Spain’s famed Children of Morelia and the true events that shaped their lives.

Madrid, 1934. Though the Spanish Civil War has not yet begun, the streets of Madrid have become dangerous for 13-year-old Marco Alcalde and his two younger sisters. Marco’s parents align themselves against the new fascist regime, unaware that their choice will endanger the entire family - nor do they predict the violence that is to come.

In a desperate bid for safety, the Alcaldes join many other Spanish families in making an impossible choice to send their unaccompanied children across the ocean to the city of Morelia, Mexico - a place they’ve never seen or imagined, but whose government promises their children protection. Young Marco promises to look after his sisters in Mexico until their family can be reunited in Spain, but a harrowing journey ensues.

As the growing children work to care for themselves and each other, they feel their sense of home, family, and identity slipping further and further away. As their memories of Spain fade, they begin to wonder if they will ever see their parents again or the glittering streets of the home they once loved.

Based upon the true stories of the Children of Morelia, Mario Escobar’s Remember Me - now available for the first time in English - paints a poignant portrait of an immigrant family’s sacrificial love and endurance, detailing just how far we go for those we love.

“Luminous and beautifully researched, Remember Me is a study of displacement, belonging, compassion, and forged family amid a heart- wrenching escape from the atrocities of the Spanish Civil War. Fans of Arturo Pérez-Reverte, Chanel Cleeton, and Lisa Wingate will be mesmerized.” (Rachel McMillan, author of The London Restoration)

What listeners say about Remember Me

Really good story catches your attention right from the beginning. My only complaint would be that the narrator did not pronounce names or cities correctly.

Educational, beautiful and tragic all in one

Taking an event like a civil war, but then viewing it through the eyes of a child/children impacts the listener in a profound way. Stories change us, help us remember, remind us of the shameful parts of humanity, and help us to heal. A wonderful book to teach, albeit full of very real pain that humans, particularly in war-torn nations, go through.