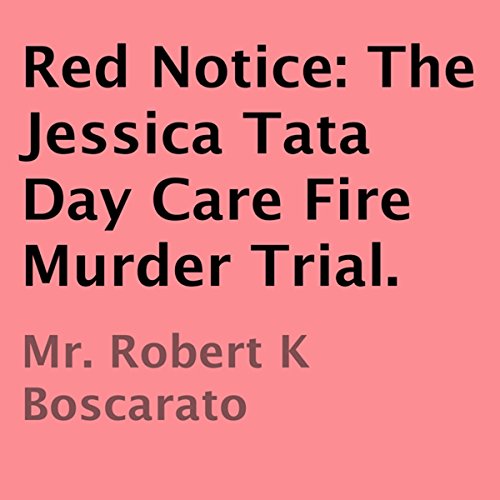 By: Robert K. Boscarato
Narrated by: Scot Wilcox
Try for $0.00

HOUSTON - Both sides rested Thursday afternoon in the murder trial of Jessica Tata. Tata returned to find the West Houston house on fire. Tata faces up to life in prison if convicted.

Tata pleaded not guilty. A mother of one of the four children who was killed in the fire at Tata's day-care center watched the proceedings Friday. Jessica Tata is charged with felony murder in the death of one of the children. Tata faces up to life in prison if convicted. Tata's attorneys say the murder charge is excessive because she never intended to harm the children.

This is the worst audible book I have ever heard. I have been a member of Audible over 20 years!!! The author continues to repeat the same information again and again. I listened to the end to try to ascertain the purpose of this format to no avail. It actually gave me a headache!