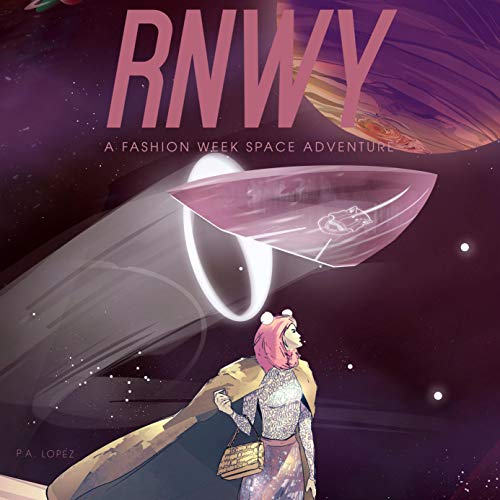 The year is 2399. Humans' "biological clocks" have been stopped for more than 250 years, freeing humanity from aging and death. AIs have rights and can even acquire full citizenship.

It’s also fashion week. Antisocial fashion editor Pablo Starr - who runs Space Fashion Week via RNWY - is bored and depressed, as usual. He has endless riches and (like everyone in 2399) doesn't age, but he's been searching for his lost love for almost 100 years.

Meanwhile, supermodel-turned-reality star Samantha (of mean-spirited holo-show Samantha!) is trying to make a name for herself as an inventor, but she's mocked by the media and her shallow coworkers.

Their lives are connected, and changed, when DOS, an antiquated robot, crashes the Chanel show looking for Samantha.

DOS has a wild story: His owner has been abducted by a Sention sim (a lifelike android made by Fashion Robotics), and Pablo will be next.

"When I read a pre-release version of RNWY, I realized immediately the importance of getting this book out to the public," said Anina Net, CEO of 360Fashion Network. "With its strong female, techy character, enlightened ideas about AI rights, diversity, and inclusion, I'm extremely proud to have been one of the first to champion the book and be a catalyst to bring young women into the world of STEM through storytelling."

What listeners say about RNWY: A Space Adventure