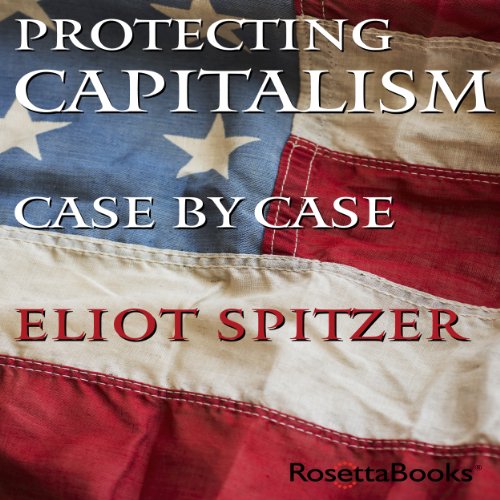 By: Eliot Spitzer
Narrated by: John McLain
Try for $0.00

Eliot Spitzer built his reputation as Attorney General of New York by redefining the role and purpose of the public prosecutor. The cases he brought against the largest corporations on Wall Street and others - both criminal and civil - targeted pervasive misconduct and structural flaws in the economy that were metastasizing in the years leading up to 2008. The cases themselves and the remedies they produced were precedent setting.

Today, after the financial crisis has exposed the faults that were brewing and the ever-expanding gap between the 1% and the 99%, it is clear that Eliot Spitzer was prescient.

This is Eliot Spitzer’s first account of the high-profile cases he prosecuted, initially as an assistant district attorney and later as Attorney General. The book is organized by the lessons that can be learned from these cases. Well-written and argued in the first person, this is an account only Eliot Spitzer could write. The book describes the tension between capitalism, for which Eliot Spitzer is a staunch advocate, and the need for government to rein in excesses and protect those who cannot protect themselves.

This is a book for anyone interested in the positive force of government and the behaviors and economic roles of the largest American corporations. Its message is that we will always need a vigilant government presence, and that ultimately American capitalism will be better for it.

"Eliot Spitzer, a dedicated advocate for the public interest, writes with wisdom born of his experience in fighting for what is right and good for the people of New York State and the U.S. Protecting Capitalism Case by Case illuminates some of the greatest threats to sustainable capitalism and prescribes solutions to help to mark a clear-headed path forward." (Al Gore)

What listeners say about Protecting Capitalism Case by Case

Great book to learn about how Capitalism works and the different players and forces that play in it. He provided vivid examples on how, without government supervision, the system can be abused by large players (investment banks) and how banks will take irresponsible risks using other people money in order to generate more fees for themselves.

The book also provides great explanations to the 2008 financial crisis and how it was predictable and how it was rooted in the conflict of interests practices (violation of fiduciary duties) and the structural deficiencies in the financial industry that reward irresponsible risk taking without downside on those who take the risks (using other people money OPM).

The many examples provided about anti-trust lawsuits were not only interesting stories to listen to but also very educational about anti-competition practices in the private sector that you might think they only exists in movies but they are actually a reality.

I do not agree with everything mentioned in the book such as raising taxes policy and supporting the inheritance taxes.

I believe the author Eliot Spitzer was a very effective attorney general and excellent governor of NY, he was truly a great blessing to the public sector.

I think he was a great fighter for the public interest but a poor fighter for himself, and he should not have given up because of scandal and be tooooo much apologetic about it (President Trump had much bigger scandals and became President). Media is NOT the people. We make mistakes and learn from them then move on, the enemies/opponents, of course, will take advantage of these mistakes.

I believe he should have kept fighting for himself and his public career as hard as he fought for the public interest. He was a strong defender for the public and can be a great president if he believes he can.