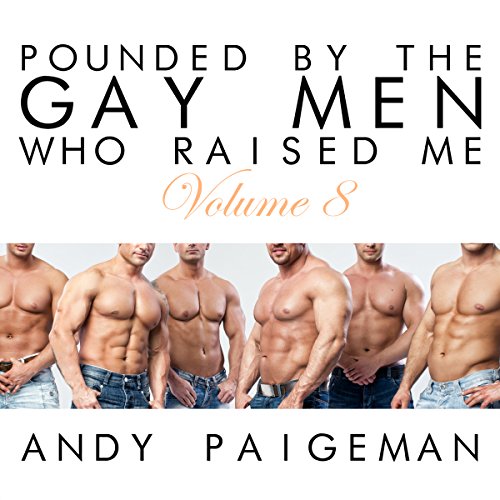 Pounded by the Gay Men Who Raised Me, Volume 8

Carl will always be a country boy at heart but, now that he's 21, it's time for him to leave the small town life behind. Of course, with only a few days left, taboo and forbidden passions begin to bubble to the surface, and soon Carl finds himself hopelessly attracted to the man of the house.

When the man of the house flies into town on business, Cody can't wait to get a small taste of home. He bites off more than he can chew, however, when it's revealed that the man who raised him needs a huge favor during an upcoming dinner meeting.

After graduating college, Aaron's in search of some direction in his life, but the only guide he can find is the internal knowledge that baseball brings him more joy than anything else.

Looking to be around the sport as much as possible, Aaron agrees to be a ball boy for the men who raised him. But Aaron's forbidden gay attraction to the team begins to blossom, spinning out of control and onto the field.

What listeners say about Pounded by the Gay Men Who Raised Me, Volume 8