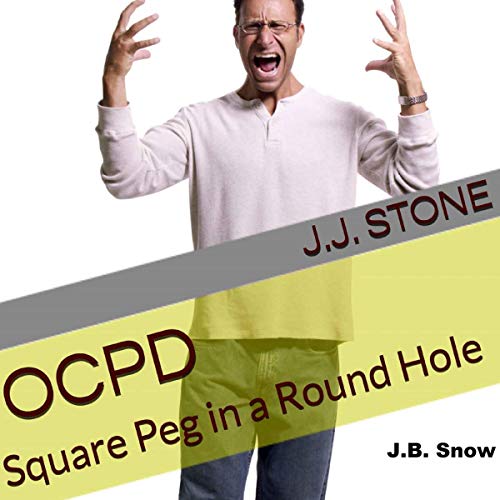 OCPD: Square Peg in a Round Hole

OCPD: Square Peg in a Round Hole

If you are reading this, it is likely that you or someone you know is suffering from a lifelong condition called OCPD, or obsessive-compulsive personality disorder. You may think that OCPD sounds like OCD, but the two are very different disorders.

A person with OCD can also have OCPD. The two disorders are separate, but they can exist in the same person. OCD is an obsessive-compulsive disorder, where a person does something repetitively which causes them distress but is used to relieve some kind of anxiety. For example, a person who has a phobia of bugs, germs, or skin mites might excessively wash their hands until they bleed. The person suffering from OCD would be distressed that they are washing their hands compulsively to the point of causing themselves pain and/or bleeding. However, their phobia of germs would cause them to continue the behavior that is not socially acceptable by their peers because their fear of germs outweighs their concern for their social image or their own comfort.

Conversely, OCPD is a lifestyle. The person does not realize that they have the rigidity of OCPD. The person is unhappy, and the people around them are unhappy, but they cannot pinpoint why they are unhappy. OCPD is a personality disorder in that the disorder is deeply engrained within the person’s personality.

A person can have OCPD from many different things:

What listeners say about OCPD: Square Peg in a Round Hole