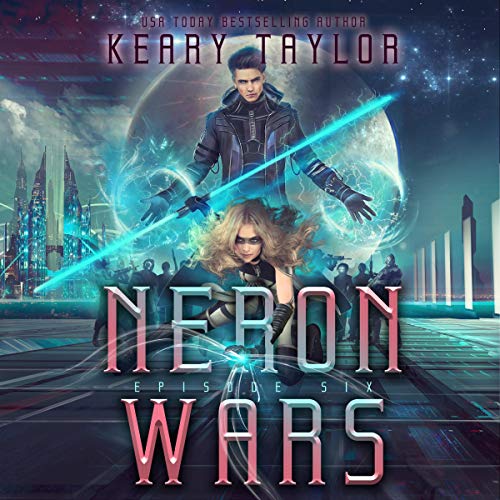 By: Keary Taylor
Narrated by: Jaime Lamchick
Try for $0.00

Nova knew that the galaxy wanted to be rid of Dominion, but she did not expect the immediate bravery that came after she and Valen declared war against Cyrillius. It’s a daily battle to protect Kaelea from his fleets, but leaders, soldiers, and publicists from planets near and far have come to aide in the fight. Best of all, Nova has reunited with her family.

But this undertaking isn’t without its trials. Most of the galaxy still doesn’t trust Valen. With decades of rumors and witnessed actions, it will take an incredible act of risk to prove he’s changed. Until then, the weight of leadership falls squarely upon Nova’s shoulders. She’s never been trained to be a leader, but the entire galaxy is watching her. Failure is not an option.

In the end, they don’t win this war until three things are decimated: Isroth, The Dominion, and Cyrillius. It’s time for Nova to build her most powerful weapon yet.

What listeners say about Neron Wars: A Space Fantasy Romance

Story is getting a bit weaker as series goes on.

The story is getting a bit cliche and flimsy as the series go on. It wasn't the pinnacle of literature before, but it didn't feel so rushed.