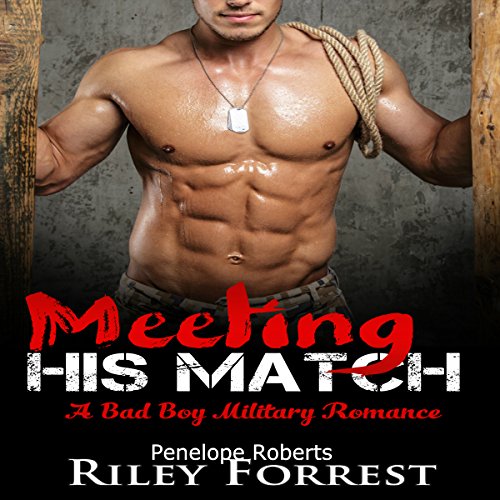 Chief Petty Officer Greyson Danforth thought he had his whole life planned out. He married young, quickly grew in the ranks and joined the Navy SEALs, and had the highest success rate of any SEAL his age. But things weren't as perfect as they seemed and the next thing he knows, he's given a temporary leave to sort his life out. But then Nadia Petrov drops into his life - the brilliant and gorgeous Soviet spy who led to his demise. Greyson thinks capturing Nadia will be all it takes to get his life back, but he's never been more wrong. He has three months before he is to report to duty, three months before he must turn Nadia in and finally get the glory he deserves. But three months is a long time to spend with just one person and love isn't always easy. Greyson is about to meet his match.

What listeners say about Meeting His Match

Short but So Good!

This is an awesome short story! I found this book to have some unexpected twists and turns along with humor. Initially I thought it would be another rebound love book, but I was wrong. The main characters (Greyson & Nadia) were original and the narrator did such a wonderful job with the voices and accents. My review is not a synopsis of the book, but rather my opinion of it. I was given this free review copy audiobook at my request and have voluntarily left this review.