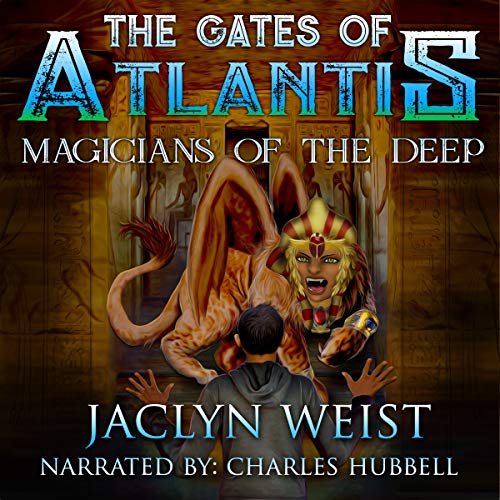 Magicians of the Deep

By: Jaclyn Weist
Narrated by: Charles Hubbell
Try for $0.00

Thirteen-year-old Colin knew nothing of the magic world until he was bitten by a mischievous pixie. He meets thirteen-year-old Alleya on a secret website devoted to magical creatures. Before he knows it, Colin finds himself thrust into a whole new world.

Alleya has been hidden away from the rest of Atlantis because she's half-mermaid, half-Atlantian. Her father tries to ease her boredom by getting her a computer and finally allowing her to go to school. She accidentally lets slip a dark secret - the gates to Atlantis are being shut and it's destroying magic. Alleya is exiled to Indiatlantis.

There, she learns mermaids are getting sick because of the lack of magic, and the tunnels are beginning to collapse. Together, Colin and Alleya must find a way to bring back the old magic and fight to save Atlantis.

What listeners say about Magicians of the Deep

Good story with an entertaining storyline and well developed characters. The story flows well and keeps you interested.

AN ABSOLUTELY MAGICAL STORY. FUNNY AND ADVENTUROUS THROUGHOUT THE STORYLINE. ACCEPTABLE FOR PEOPLE OF ALL AGES. NARRATOR IS GREAT AND EASY TO FOLLOW.

This must have been written off the cuff, without an outline, goal or research. How is this even a series?

It’s not included in the book description that it starts out we find out Colin is adopted. I don’t have a problem with adoptees, but the writer obviously has no clue how the process works. In this day and age, being adopted at 13 years old is a process in which families are interviewed and the adoptee is comfortable with them. They are not plucked out of a catalog.
So Colin seems unfamiliar with the family and the parents ‘insist’ on being called mom and dad. If this setting was written for or during the Leave it to Beaver era, it could work.
Colin compares his Forever Family to his foster homes. His character is out if whack, cuz with that frame of mind (he feels like a stranger in the family), he most likely wouldn’t tattle on his older ‘brother’. He acts extremely immature for his age.
Alleya also is a pathetic weakling, due to shoddy development. Homeschooled until she’s 13 - for her protection, mind you, on her first day of school, she makes a friend and then is given permission to go to the mall afterwards. Wait. What?
That’s like from prison to escape.
This piece of work is a disgrace. Idk which age group it’s geared towards, but it’s not fit to find a home on any shelf.
If my next pick a dud, I’m totally giving up this year. Well, after listen to the last five audiobooks in the set I picked up.
I think the narrator was okay.
I want my credit back. Truly.