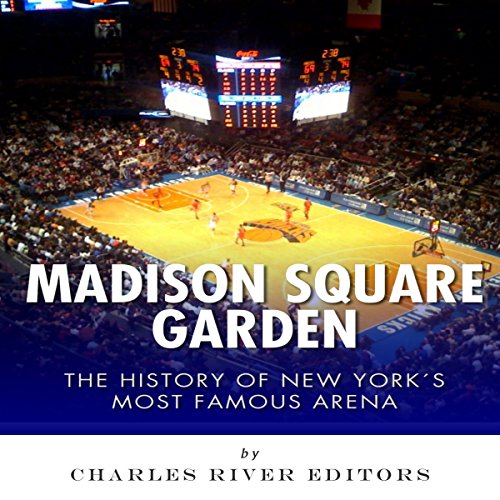 Of all the great cities in the world, few personify their country like New York City. As America's largest city and best known immigration gateway into the country, the Big Apple represents the beauty, diversity and sheer strength of the United States, a global financial center that has enticed people chasing the "American Dream" for centuries.

As such, it's only fitting that Madison Square Garden, the stadium that bills itself as the world's most famous arena, resides in the heart of Manhattan. Just blocks away from the Empire State Building and situated atop Penn Station, the Garden is always bustling, whether it's for special events or as the home of the NBA's New York Knicks and NHL's New York Rangers, and all the while, performing in the Garden has been a career benchmark for artists as varied as Elvis Presley, The Doors, Led Zeppelin, and Michael Jackson. As Billie Joel put it, "Madison Square Garden is the center of the universe as far as I'm concerned. It has the best acoustics, the best audiences, the best reputation, and the best history of great artists who have played there. It is the iconic, holy temple of Rock and Roll for most touring acts and, being a New Yorker, it holds a special significance to me."

The Garden is now nearly 50 years old, making it one of the oldest sporting venues used in professional sports, but the current arena was not the first Madison Square Garden, and the area has a history as an entertainment center dating back to the 19th century. Ironically, its location on the less crowded fringes of Manhattan in the 19th century helped establish it as a place for hucksters like P.T. Barnum to hold events. In fact, a previous Garden was one of New York City's tallest buildings in the early 20th century, and it was bankrolled by business titans like J.P. Morgan and Andrew Carnegie.