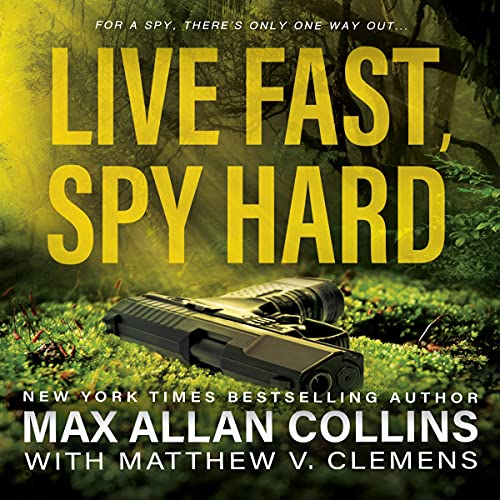 John Sand, the former MI6 agent upon whom a certain fictional spy was based, is keeping a secret from his new bride, Stacey – he has been tracking the supposedly dead Jake Lonestarr, her Texas oil tycoon father's traitorous business partner.

When Stacey disappears, is Lonestarr or Las Vegas godfather Anthony Morello – a man with a big grudge - responsible? Or is it the shadowy figures at the new international spy agency that keep trying to recruit John Sand?

The search for the beautiful Mrs. Sand – who has her own deadly charms – crosses continents, as Sand navigates a death trap in Berlin, an attack in a neon graveyard, and an earthquake in Mexico, with an army of assassins everywhere he turns...leading to a most dangerous game in the jungles of Curacoa.