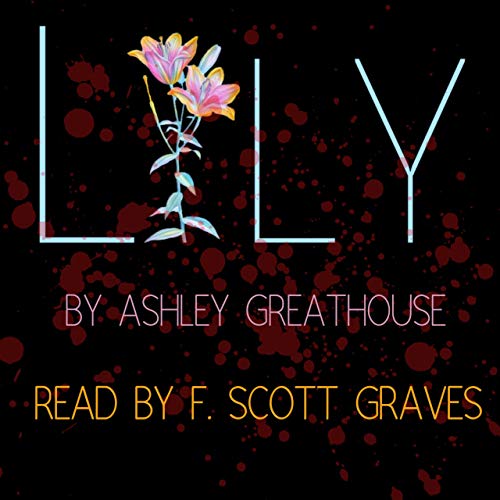 By: Ashley Greathouse
Narrated by: F. Scott Graves
Try for $0.00

For over a decade, Lily Green has terrorized the United States. Like a monster, she seemed to be everywhere and yet nowhere. Until one day, when her killing spree suddenly stopped. Where could she be?

That is the question everyone wanted to know the answer to for the past year. There were allegations made by the beloved reporter Shannon Scott that Tom Childress had the answers, but even Tom found himself on the same side of that question. Where is Lily Green?

Inspired by the desire to help Lily and many like her, Tom opened up Eden's Mind, a special research center designed to cure the mentally unwell without the use of pharmaceuticals. He and his partner Zachary Gilbert believes the overuse of manmade chemical enhancements will eventually taint human genetics and that not every dark and twisted soul is a victim to a mental imbalance. Some people just need help to see the light, and both of them are more than ready to show just how far they are willing to go to make the world a better place.

What listeners say about Lily

I really enjoyed “Lily“; I connected to the author through social media and I got really interested in her work, and so I decided to get one of her books. This is a really great start to a series; there is a ton of mystery and world building, but it leaves me with a lot more questions that I have answers. I think that’s a good hook especially for someone who might get interested in reading the rest of the series. The drawback is that some of the world building is a little confusing. Is everything in the world in some kind of post apocalyptic state, or what? It’s hard to say; I’ve never heard of an entire country having lockdowns and curfews because of a serial killer. That being said it is really entrancing. I think the biggest turn off for me and it wasn’t really that much of a turn off is the narrator... there were a few points throughout the near ration where freezers were cut off at the beginning because the microphone didn’t really pick up on the recording. All in all, a solid audiobook and I’m recommending it to everybody.

I absolutely enjoyed this book. I couldn't stop listening. I would highly recommend this book.

Get ready to get your mind twisted!

Ready to get your mind twisted? Lily will do that. This story is unique and kept me guessing until the very end. Lily is known as a serial killer. The world thinks they know her story and what she has done. As we follow Tom Childress as he tries to promote his new method of treatment for those like Lily, we learn the truth behind things and buckle up...you won't see any of it coming. This a psychological horror thriller that will keep you locked in and just when you think you figure it all out, Lily reveals that you have no idea. This narrator had a great voice for this story. I felt like he was speaking directly to me, telling me all the facts. This story will make you think one way in the beginning and change your opinion completely by the end. I can't wait for more! If you haven't read Ashley Greathouse before, this book will make you a fan.