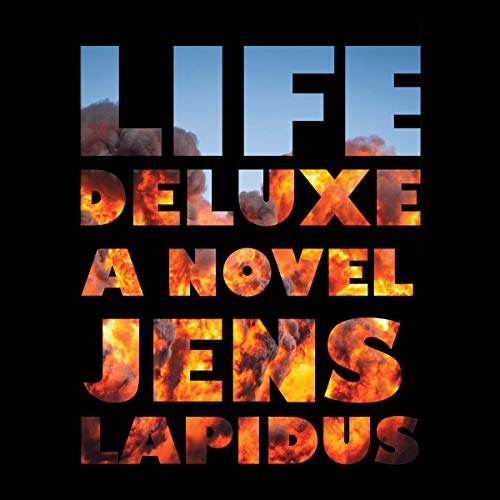 The final chapter in the electrifying Stockholm Noir trilogy, which has been translated into more than 30 languages worldwide: Here is the no-holds-barred, rapid-fire tale of a supreme struggle for the legacy of the Swedish underworld, as the power, honor, and respect commanded by Stockholm's largest criminal organization are passed from father to daughter.

Jorge was making a living as a drug dealer until he was caught and thrown into prison. Recently released and warned to keep out of trouble, he's already bored with his new existence: selling lattes and cappuccinos at a café. Who wouldn't be? But Jorge has a plan, and big money looms on the horizon if he can pull off one final audacious heist and flee the country before the police close in.

Meanwhile, Deputy Inspector Martin Hägerström - entrusted with a secret mission, code name Operation Tide - has gone deep undercover as a disgraced cop turned corrections officer. He's slowly earning the trust of Stockholm's imprisoned expert money launderer, Johan Westlund. A career criminal with a taste for the jet-setting lifestyle, JW is a dangerous man to befriend, one who may demand more loyalty than Hägerström had planned on offering.

Natalie is the 22-year-old daughter of Radovan Kranjic, the Serbian crime boss who rules Sweden's underworld. When an assassin threatens Radovan's life, Natalie is hurled into a chaotic struggle for control of her father's empire - and the competition is fierce. Who will rise to power in the voracious hunt for money, prestige, and luxury to become Stockholm's new king - or queen - of crime?

"Lapidus sheds light on a rarely seen Stockholm - a city that is a 'Mecca of thieves, drug dealers, and gangs,' buzzing with ethnic tensions and social unrest." - The New Yorker
"A world whose vocabulary is shaped by American gangsta rap but whose greed and ambition is familiar to anybody who ever cracked open a Mario Puzo crime novel." - The Wall Street Journal
"A grand-scale portrait of Stockholm’s criminal world that shares James Ellroy’s hyperrealism and Richard Price’s blend of atmosphere and sociology." - Booklist

What listeners say about Life Deluxe

A dark tale about the underground life of gangster wannabes in Stockholm. A CIT heist and the thug life, the Yugo mafia, contract killings, white collar criminals and a undercover police in the midst....

Great Story...great end to the trilogy.

Jens Lapidus is a great writer. If you wished The Girl with Dragon Tattoo would never end, this series will help fill that void!