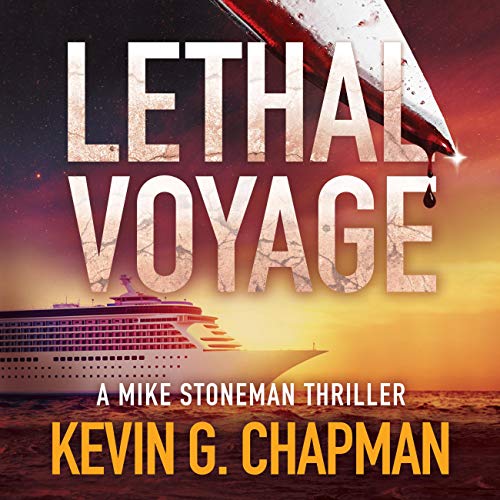 A dead body can ruin a vacation...It was a suicide, wasn’t it?

Maybe the on-board production of Chicago isn’t the only place people are getting murdered!

NYPD homicide detective Mike Stoneman and medical examiner Michelle McNeill just want a relaxing cruise. But, Michelle is convinced that there is foul play at work in the death of a Broadway talent agent’s wife.

The ship’s head of security wants to keep it quiet. But, how many bodies can he cover up during one sailing? When it looks like Michelle might be the next victim, Mike needs to find the killer and keep Michelle alive for the end of this lethal voyage.

Don’t miss the next installment in the Mike Stoneman Thriller series!

“Move over Harry Bosch, there’s a new guy in town. Detective Michael Stoneman can match wits with Harry any day of the week.” (The Author’s Show)

What listeners say about Lethal Voyage