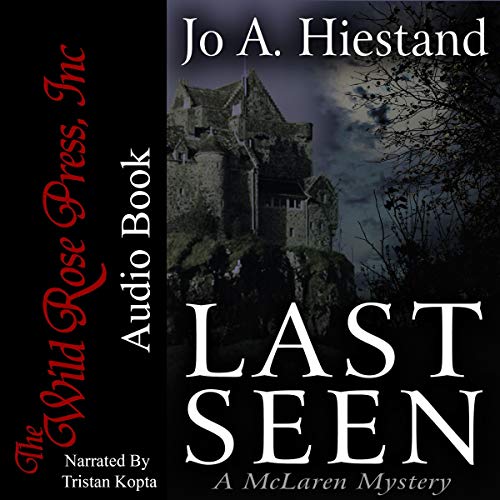 By: Jo A. Hiestand
Narrated by: Tristan Kopta
Free with a 30-day trial

One dark night, popular singer Kent Harrison goes missing after his performance at Tutbury Castle. When his body’s found in a forest, the police investigation focuses on Kent’s ex-wife, a local herbalist, a covetous colleague, and even the curator of another castle who tried to lure Kent into performing there.

But his occasional singing partner, Dave Morley, seems to have the biggest motive. He’s dying to make his name, money, and the big time, especially at the medieval Minstrels Court reenactment, where Kent’s appearance guarantees standing room only. Did Dave murder Kent to eliminate the competition...or had their partnership struck a wrong chord?

To entice him into investigating, ex-cop McLaren's girlfriend plays detective. But Dena ends up in great danger. Now, McLaren must not only solve Kent’s murder but also rescue her. A hard task when a web of jealousy, anger, and lies covers the trails.

What listeners say about Last Seen

Last Seen is the second installment from The McLaren Mysteries series. Even though it is part of a series, I believe this one can be read as a stand alone. I have enjoyed past stories by this author, and this one does not disappoint. I was quickly sucked into the suspense filled mystery. I had to keep going to find out what was going to happened next. In the audio version, the talented Tristan Kopta does a phenomenal job holding my attention throughout. I am giving Last Seen five stars. I would love to catch up with the previous book from The McLaren Mysteries series. I received the audio version of this book from the publisher. This review is 100% my own honest opinion.

A good listen ~ Give it a try!

Enjoyed the audio book! McLaren is an interesting character and this is a good British mystery. I was given this free review copy audiobook at my request and have voluntarily left this review.