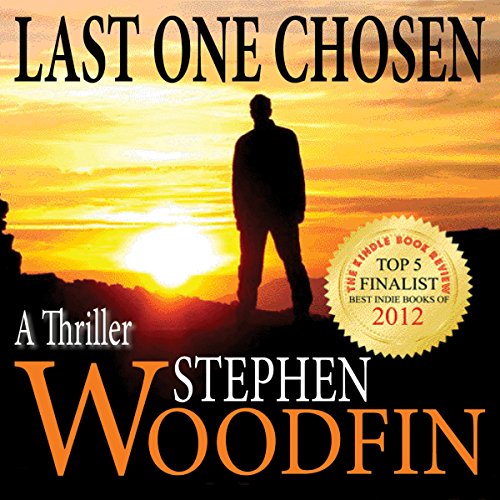 Last One Chosen is a brilliantly written thriller about one man's call to do what is right.

Last One Chosen was a finalist for Best Indie Book of 2012 in the thriller genre .

Homeland Security agents raid a small East Texas town and arrest a humble blue-collar worker for domestic terrorism and espionage. When two country lawyers take on his defense and fight to prevent their client's execution, they learn that he holds the secret of a doomsday device, a secret he will not divulge, even under torture. At the trial's astonishing conclusion, they realize for the first time that their struggle was not only about justice, but also redemption.

Last One Chosen chronicles what can happen when one person motivated purely by the desire to do good for his fellow human beings is willing to give his life to oppose the forces of evil.
©2011 Stephen Woodfin (P)2013 Stephen Woodfin