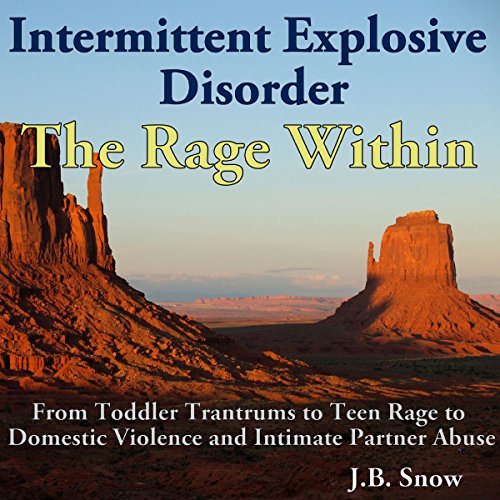 Intermittent Explosive Disorder: The Rage Within

Intermittent Explosive Disorder (IED) is a disorder which often gets diagnosed for people who do not fall under other mental disorders or personality disorders, but who experience rage incidents which are seemingly uncontrollable to them. According to the National Institute of Mental Health, "IED affects as many as 7.3 percent of adults - 11.5-16 million Americans". It is also estimated by NIMH that "six million...adolescents...meet the criteria for an IED diagnosis".

The disorder can be diagnosed as young as age six, but is typically diagnosed in early adolescence when many teens are already at risk for rebellious behavior. Just three explosive and aggressive events where a person breaks possessions or becomes violent or threatening toward another person can be used as a basis to diagnose Intermittent Explosive Disorder. The more severe the disorder, the more property damage and violent episodes will occur with the disorder.

People who have IED are often aggressive toward others in verbal or physical ways, including threatening the lives of other people or animals. They may be aggressive while participating in activities, such as a driver experiencing road rage behind the wheel. They may attack others who frustrate or trigger their angry outbursts verbally or physically, or they may throw or break objects to let out their frustration.

The person often feels overly intolerant of other people, up to and including their opinions, their words or their behaviors. They may display ongoing low-level anger, impulse control, and irritability in the presence of others. They may feel physical symptoms in their muscles, brain, or heart leading up to their angry outburst, including an inability to control violent thoughts or verbal and physical attacks.

What listeners say about Intermittent Explosive Disorder: The Rage Within

This book was not what I expected, but is the only book I could find on Audible regarding IED. The performance was very monotone. I didn't learn anything new that you can't read by googling IED.