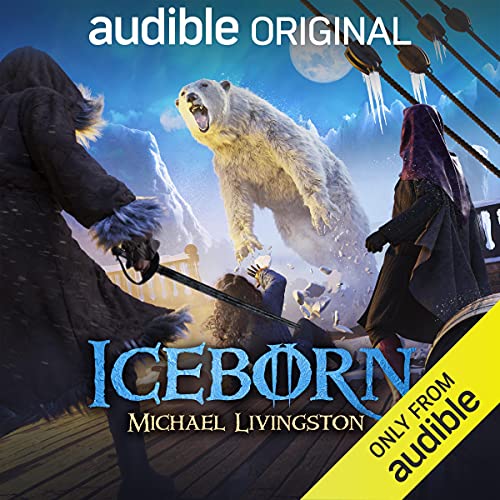 By: Michael Livingston
Narrated by: Elizabeth Evans
Try for $0.00

In the thrilling sequel to Seaborn, the Windborn threaten war against the Fair Isles - and three women of the sea hatch daring plans to change their fates.

Bela, the reluctant hero, journeys into the inhospitable Sea of Ice in search of the ancient portal that broke the world.

Shae, the ship-less Bone Pirate, stands with a Windborn exile before an arms of remorseless metal beings.

And Alira, the huntress, faces the revelation of what the Bloodborn are, and the truth of their horrible magicks.

In desperation, in determination, and in hope, every step they take reveals new secrets about their past - and new fears for their future.

What listeners say about Iceborn

a great follow-up to seaborn

A let down from the first book

I really enjoyed book 1 and had a lot of hope for this series but I'm not planning to read the next book.
The characters are good, the plot is good, the world is good. The author does a poor job of weaving it together. It is almost as if he became over confident and decided to implement writing techniques he's picked up since writing the last book. The author jumps around to each of his 3 characters which is good but the frequency of these switches is absurd. Literally, every 10 minutes or less, we were switching to Bella or Shea or Alyra. This made the book confusing and distracting. You just start getting into the story and then the author would switch to another character. The result was that I never got into the story. I was like a flat stone always glancing off the surface as I skipped across the pond.
The author creates false suspense in this book. For instance, Shea is throwing "bombs" over the side of the ship. The fuses go out in the snow. Shea scratches her head with her gun (similar to a Star Wars blaster), trying to figure out what to do. Really? Then, a little later, after it's become impractical and they are all about to die and so far away from the bombs as to make the shot impossible, Shea says, "Oh, how about I shoot the bombs?"
It's just ridiculous. There are other very similar instances. My suspension of disbelief was abused. I had to force myself to finish this book. I wanted to turn it off and return it.
Also, Bella's ship, which is made out of fury wood, which is stronger than stone, was smashed apart by a polar bear.... Skip this one.