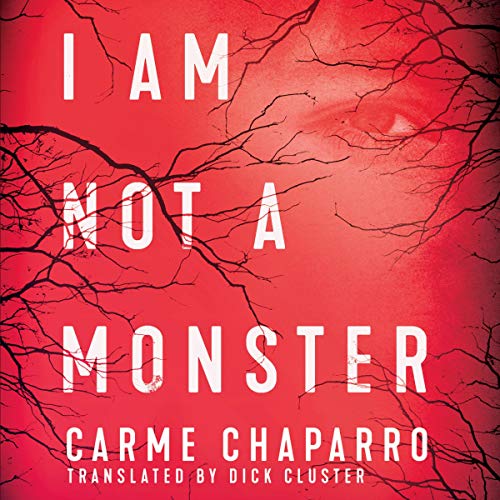 I Am Not a Monster

In this pulse-pounding debut novel, two women are pulled into the darkness of a terrifying plot that could threaten both their lives.

No one has forgotten the unsolved kidnapping of four-year-old Nicolás Acosta. It galvanized Madrid, shaking it to its core.

Two years later, another young child - similar in age and appearance to Nicolás - disappears from the same suburban shopping mall, drawing Chief Inspector Ana Arén back into the case she could never close. This is her chance at redemption.

As fears of a serial kidnapper threaten to consume the city once again, Ana’s friend, reporter Inés Grau, jumps at the chance to cover it. But the pressure on Ana is greater than ever as she straddles an ethical line.

How much information is she willing to leak to Inés to solve the case? How much is she willing to accept from a brilliant computer hacker she trusts with her life? The investigation becomes even more personal for Ana when Inés’s own son disappears. As the truth slowly begins to surface, Ana finds herself on shifting ground, facing a shocking reality that may drag her under....

What listeners say about I Am Not a Monster