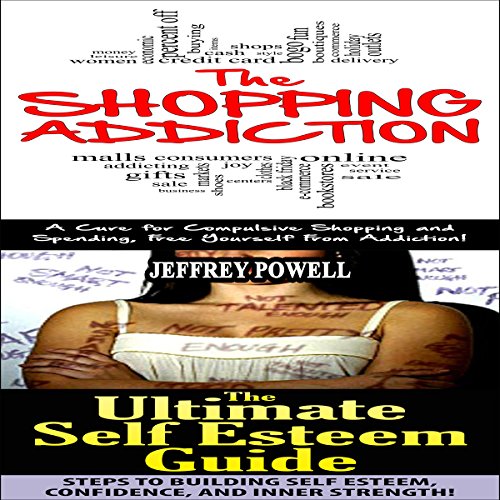 By: Jeffrey Powell
Narrated by: Millian Quinteros
Try for $0.00

Shopping addiction is a raging phenomenon among developed countries and has been studied over and over. Sociologists say it's a female drive in an attempt to explain the differences in shopping behavior between men and women.

It was said that the same obsession of men over sports can be linked to the way women go crazy at Black Friday sales or at mall openings. In the evolution of man, the male species are known to be hunters while women have always been the gatherers, or the ones who are in charge of finding things for their offspring.

It is quite a reductionist perspective and is still widely debated, but one thing's for sure: shopping will keep women enchanted for years to come.

This behavior is not exactly exclusive to women, though, because when you consider the purchases of gadgets, large-screen TVs, and high-end cars, the tendency of men to make expensive purchases is surely noticeable.

However, this is limited to a targeted section of the market. Women, on the other hand, will shop whenever, wherever, and whatever! This is because men consider shopping merely a purchase of specific merchandise while for women, it's a whole different world altogether.