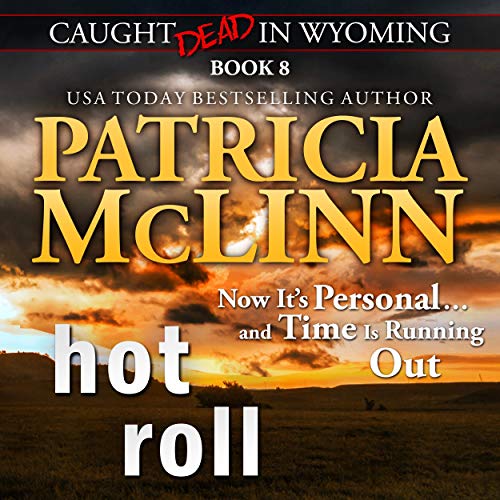 By: Patricia McLinn
Narrated by: Betsy Moore
Try for $0.00

One of their own becomes a target....

A voice on the phone says Jennifer’s best friend has tragically died in a fall at a national park. Her certainty that it was no accident starts TV reporter Elizabeth Danniher, with friends Mike, Tom, and Diana plus the rest of the Caught Dead in Wyoming crew, on an investigation that moves faster - and closer to them - than any of them could ever expect. They’ve barely had time to catch their breath since solving recent homicides, and now one of their own becomes a target as they race time and a murderer before this hot roll burns them all.

In TV news, Hot Roll can simply mean cutting away from an interview to "b-roll" (scene-setting footage)...or it can mean the adrenaline-pumping drama of broadcasting live because there’s no time to do anything else. Mix in murder, a little humor, a trace of romance, and you’re on your way with the Caught Dead in Wyoming sleuths for another great adventure.

"While the mystery itself is twisty-turny and thoroughly engaging, it's the smart and witty writing that I loved the best." (Diane Chamberlain, best-selling author)

What listeners say about Hot Roll

I have read all of the books in this series and Hot Roll is the best. I love the interactions between the characters and the mystery is well written. I can wait for the next book.

The last two books are filled more with tiresome repetitive detail than with excitement.
Dating both Tom and Mike! The last time I did that was in high-school; thankfully grew up.

Love it. Always hate when it ends, but that means I get to start the next book. Such great characters.

Twisty as a mountain road

One of the most enjoyable Caught Dead In Wyoming series, Hot Roll blends strings as twisted as a macrame plant hanger into an ending I never saw coming. Good read!!